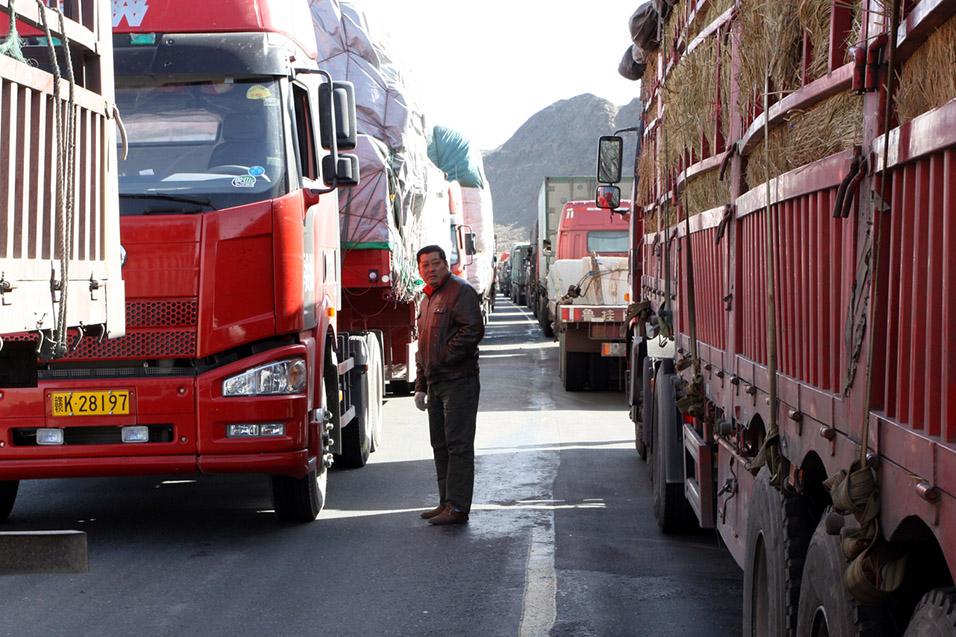 I guess I should tell you the story. Well, the bus ticket sales provider informed me (in Chinese) that we’d arrive the next morning at 8:00 A.M., clocking this overnight journey to a manageable 14 hours on a classic Chinese sleeper bus, equipped with bunk beds instead of seats. Well, at 6:00 A.M. the next day I awoke to this scene above. I asked the driver if this was “not good.” He assured me (in Chinese) that this was indeed “not good.” I began to realized the severity of the situation several hours later when I began to run low on water. I already had no food and the temperature was quickly rising. I vividly remember my last remaining gulps of warm plasticky water tasting like gold. (Mind you, we were in a desert here and there was nothing around, no buildings, no trees, no life—nothing but dirt and dust.) At about 2 P.M. some passengers began to get restless. They found a truck driver down the way who was auctioning off some of his cargo, mellon, albeit at ten times the market price. At about 3:00 P.M. with no water, I began to panic. Someone translated for me that the entire bus was complaining about not having water. Was this really happening? Was I going to succumb to dehydration here in this remote corner of China? Luckily traffic finally picked up and we inched along, and out the blue, in the middle of no where, a gas station popped up. I was thrilled. I rushed in and bought two huge bottles of water, a tea egg wrapped in plastic and some chili peanuts (also wrapped in plastic. At 6:00 P.M. 10 hours passed our estimated time of arrival, we indeed did arrive. I promised myself never to take a Chinese bus again. 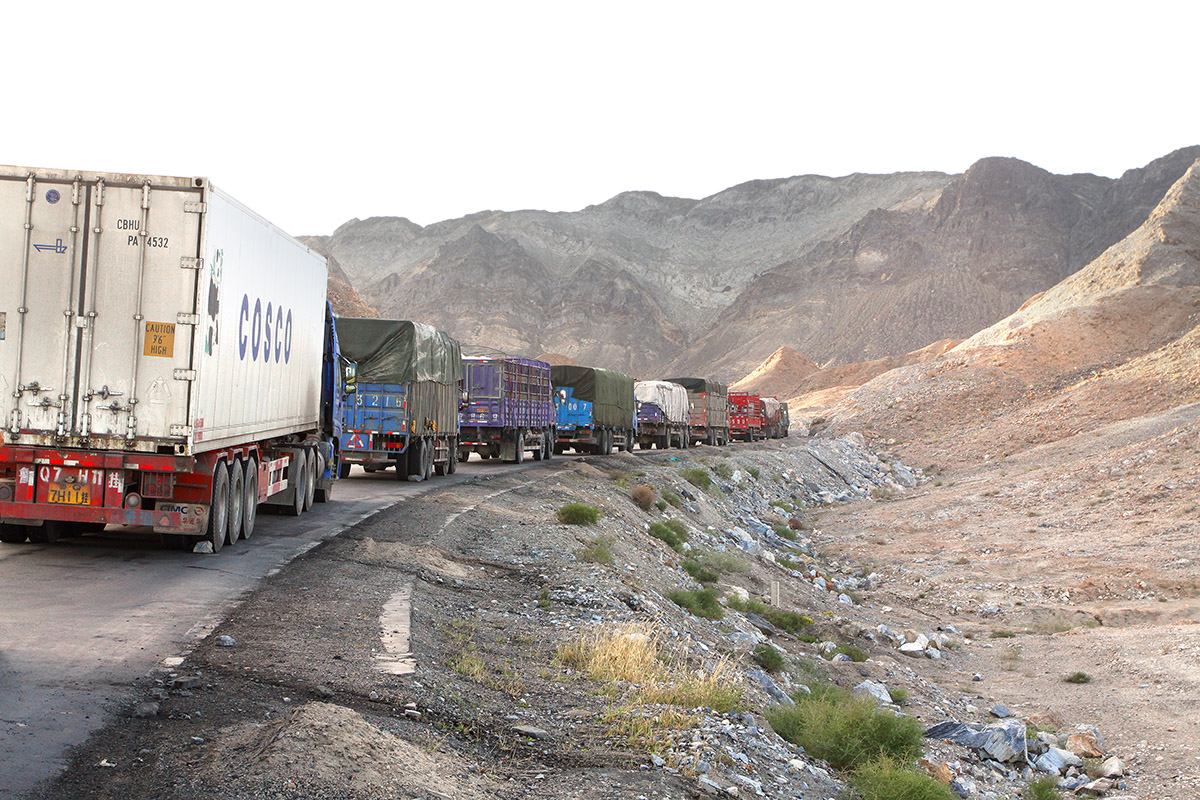 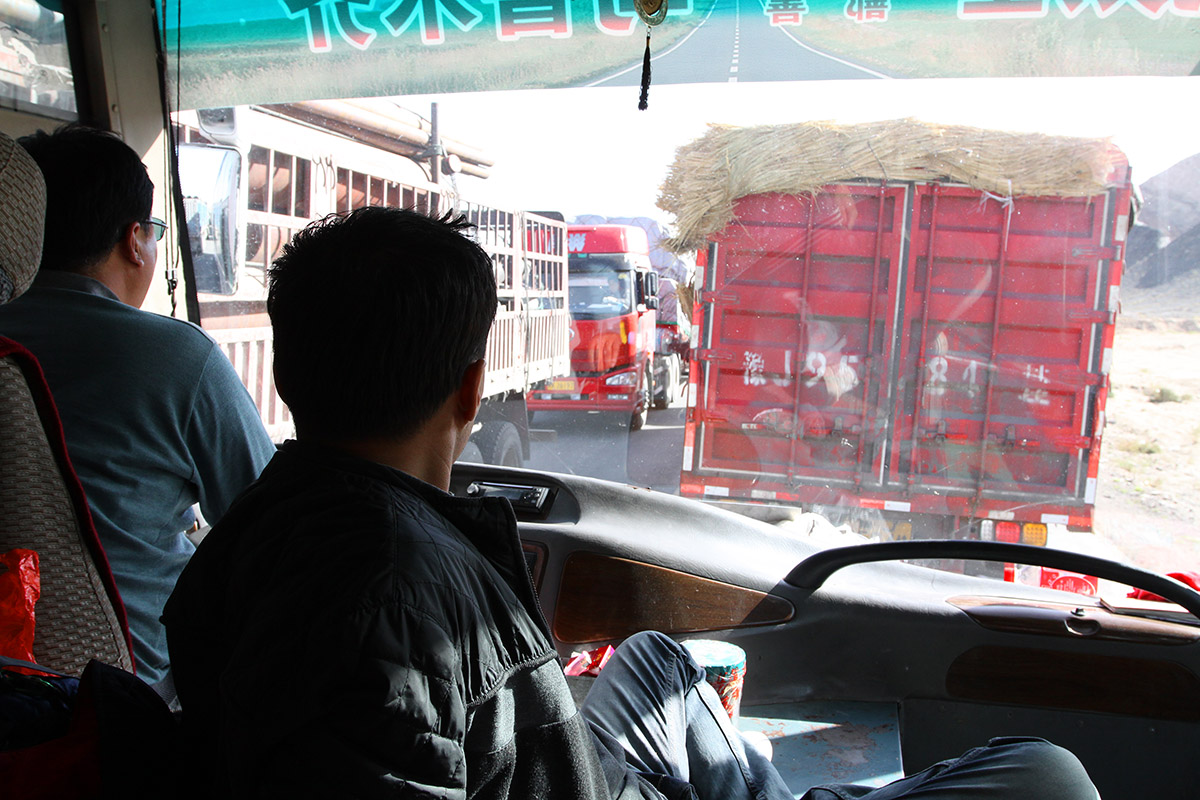 Driving the bus through the Hexi Corridor, Xīnjiāng, China — September 15, 2010 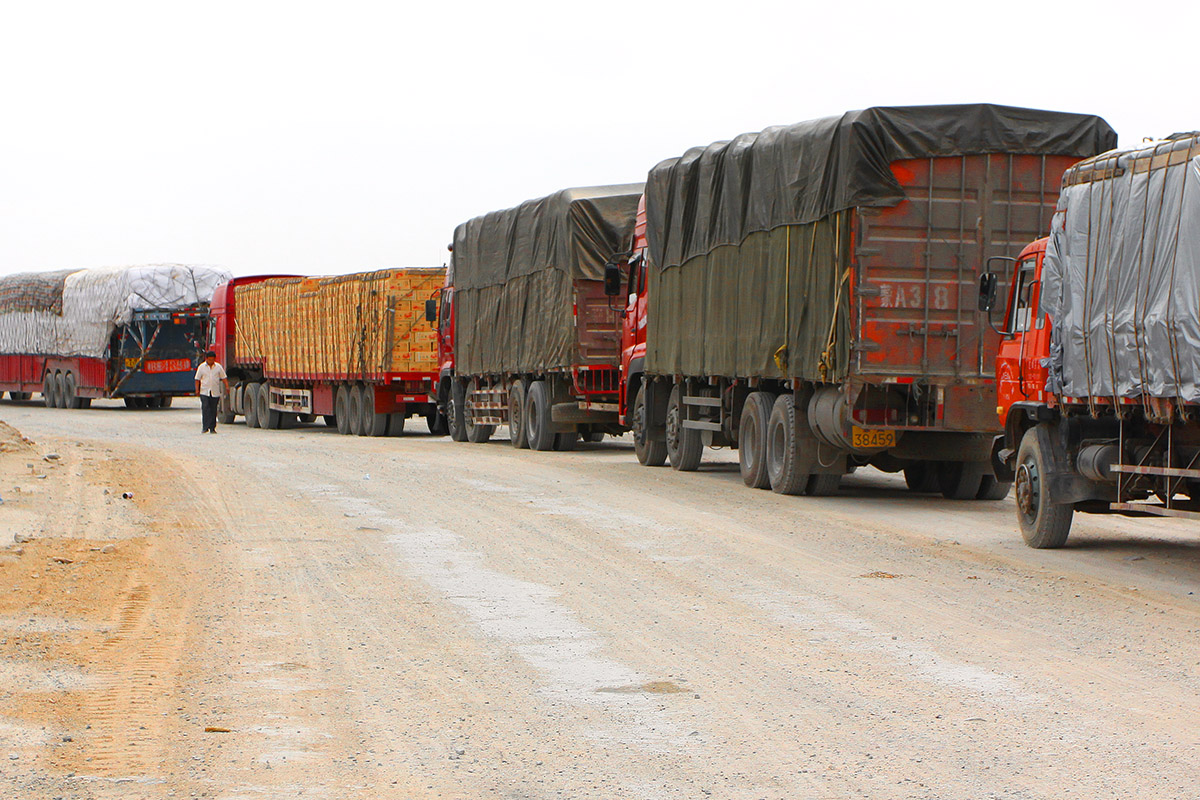 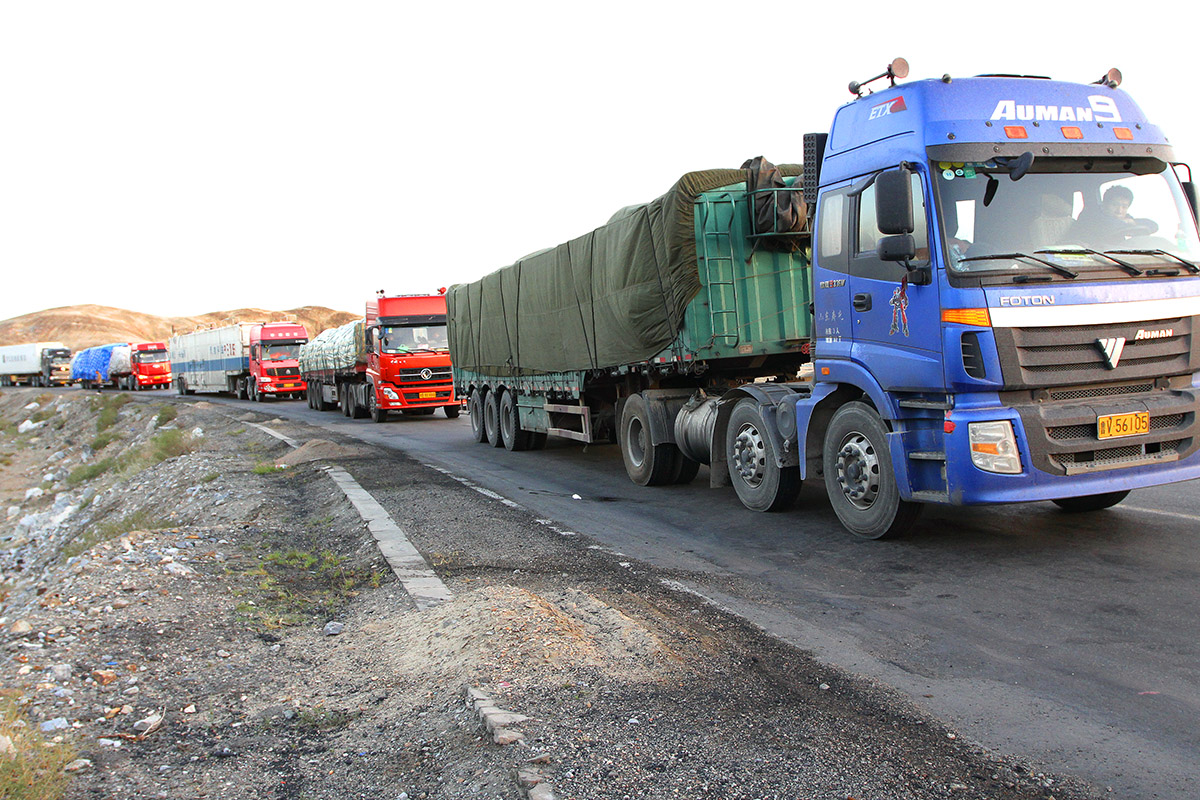 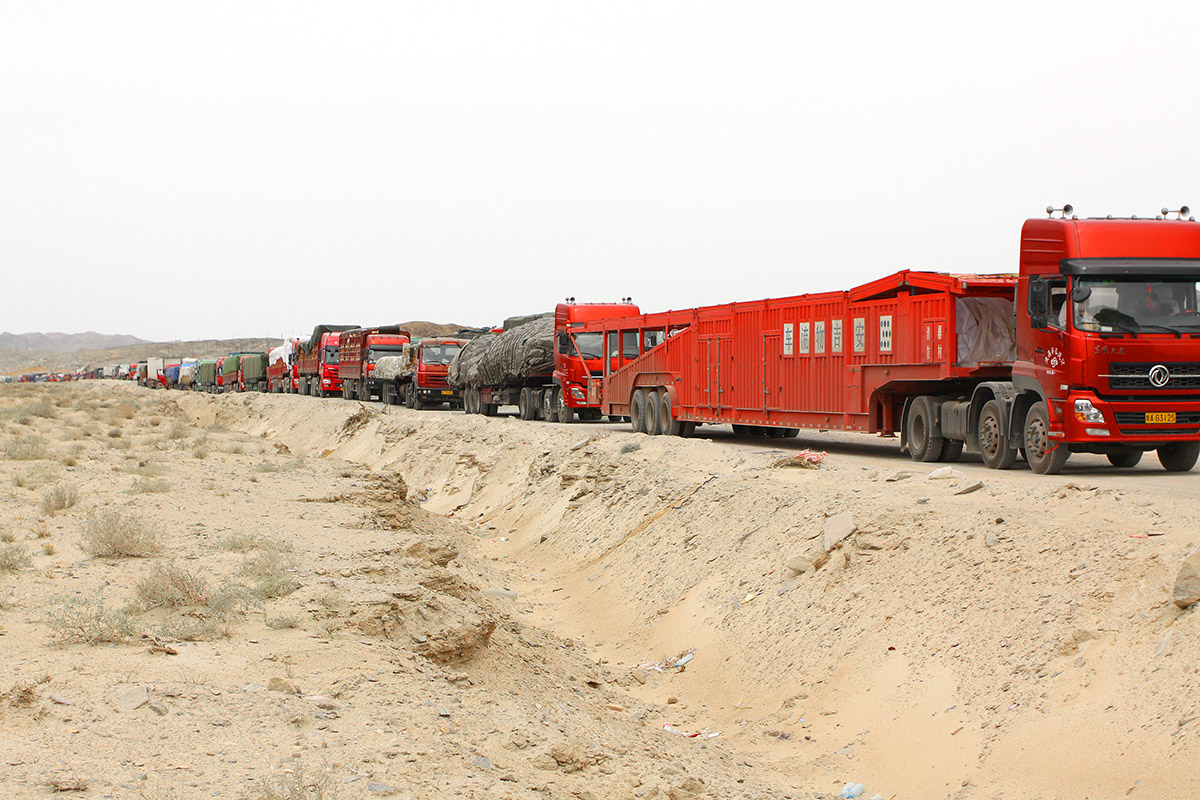 Bumper to bumper along the Hexi Corridor, Xīnjiāng, China — September 15, 2010