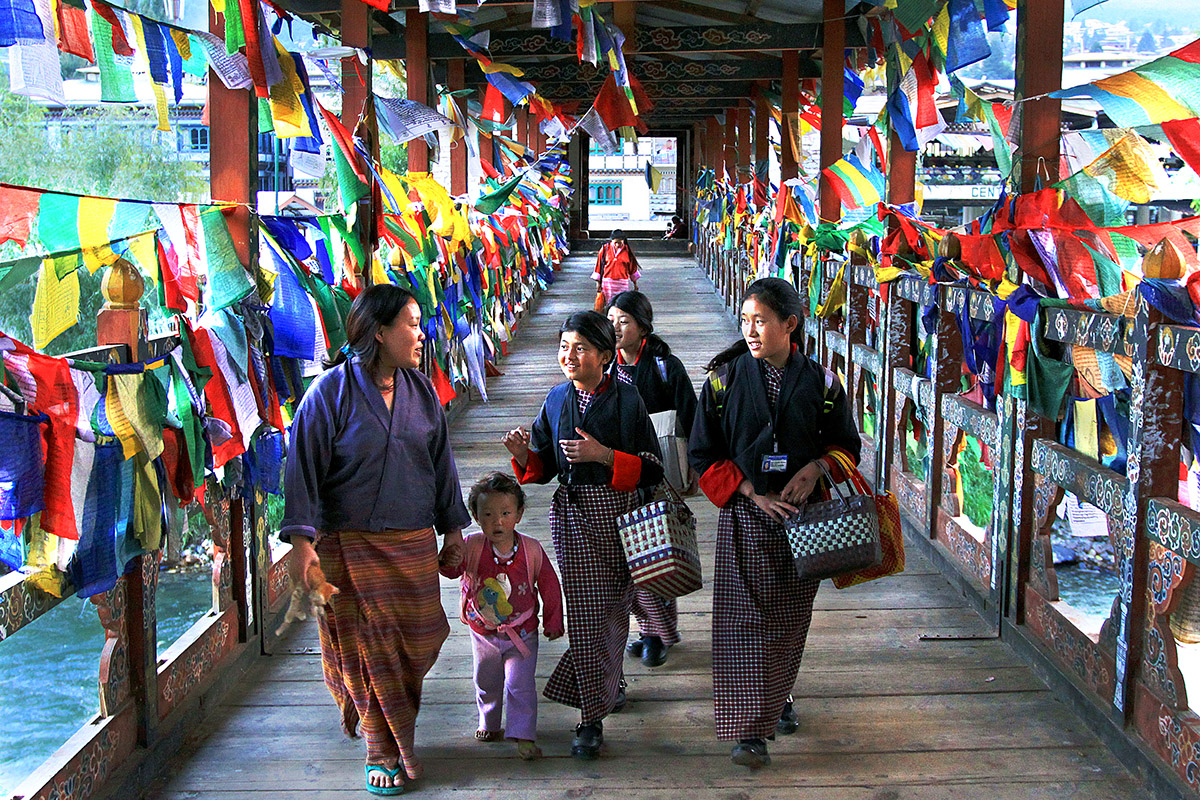 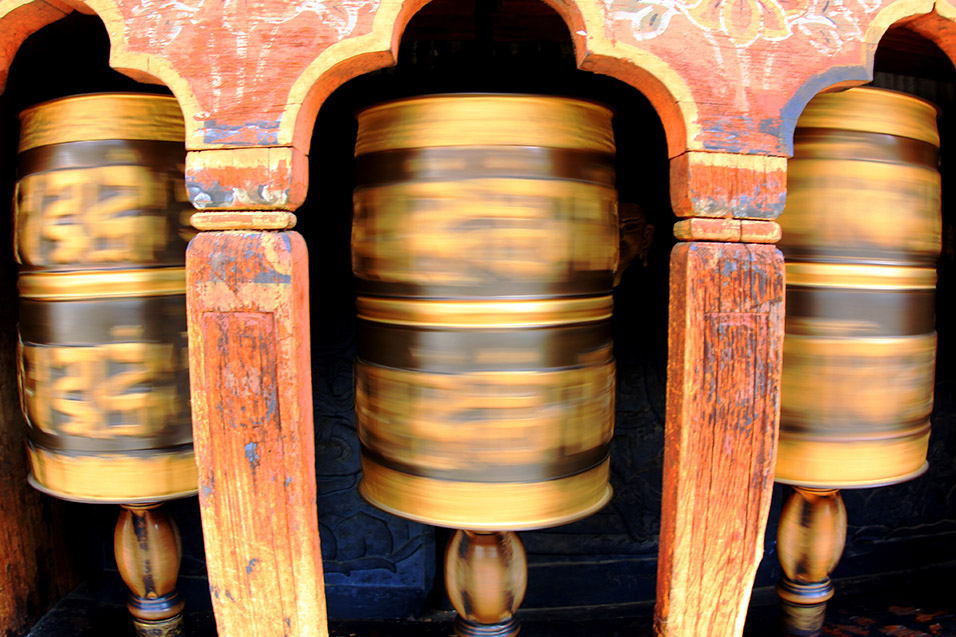 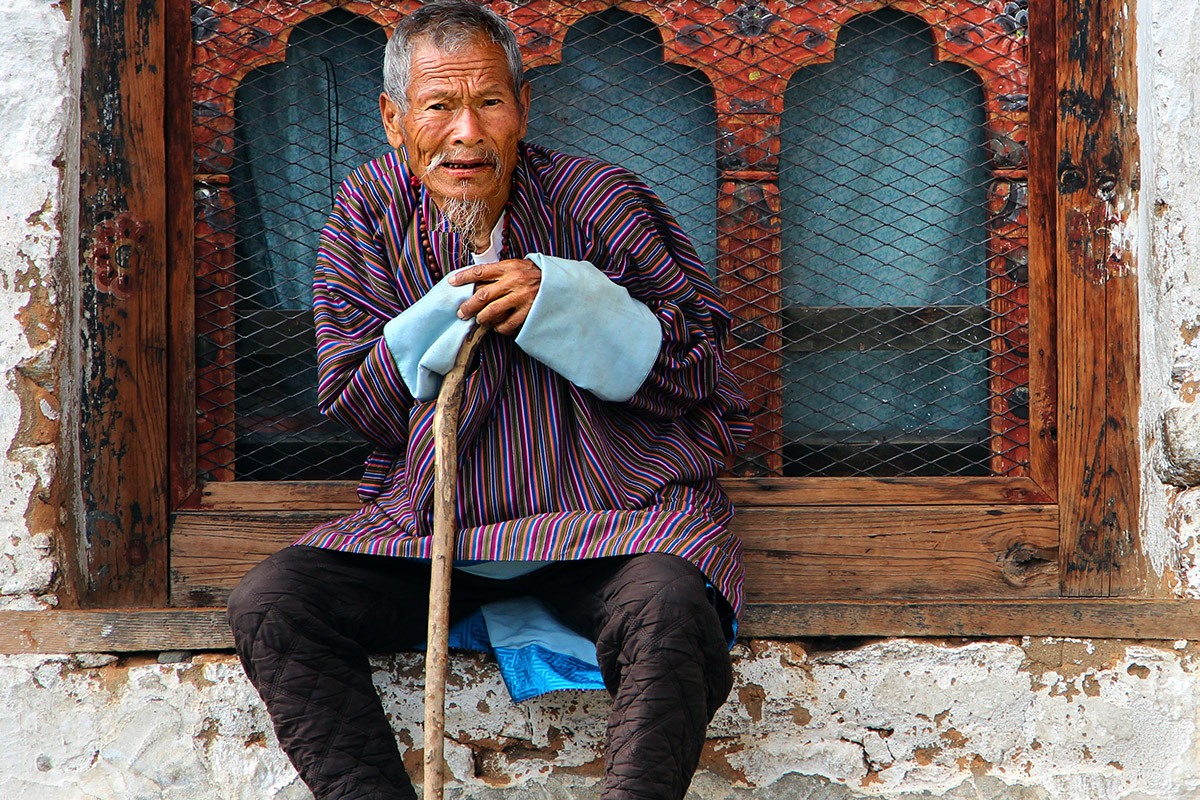 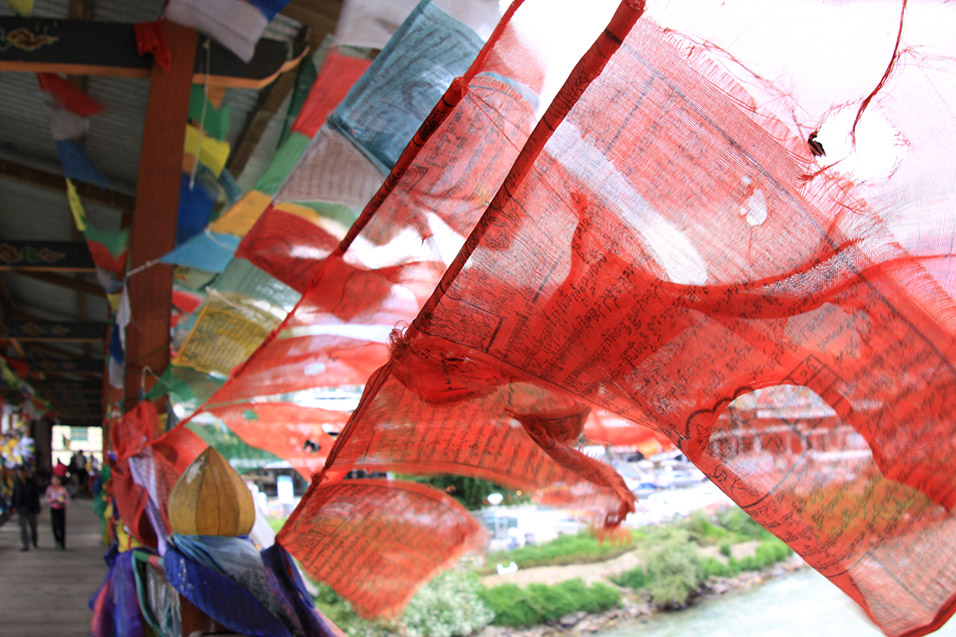 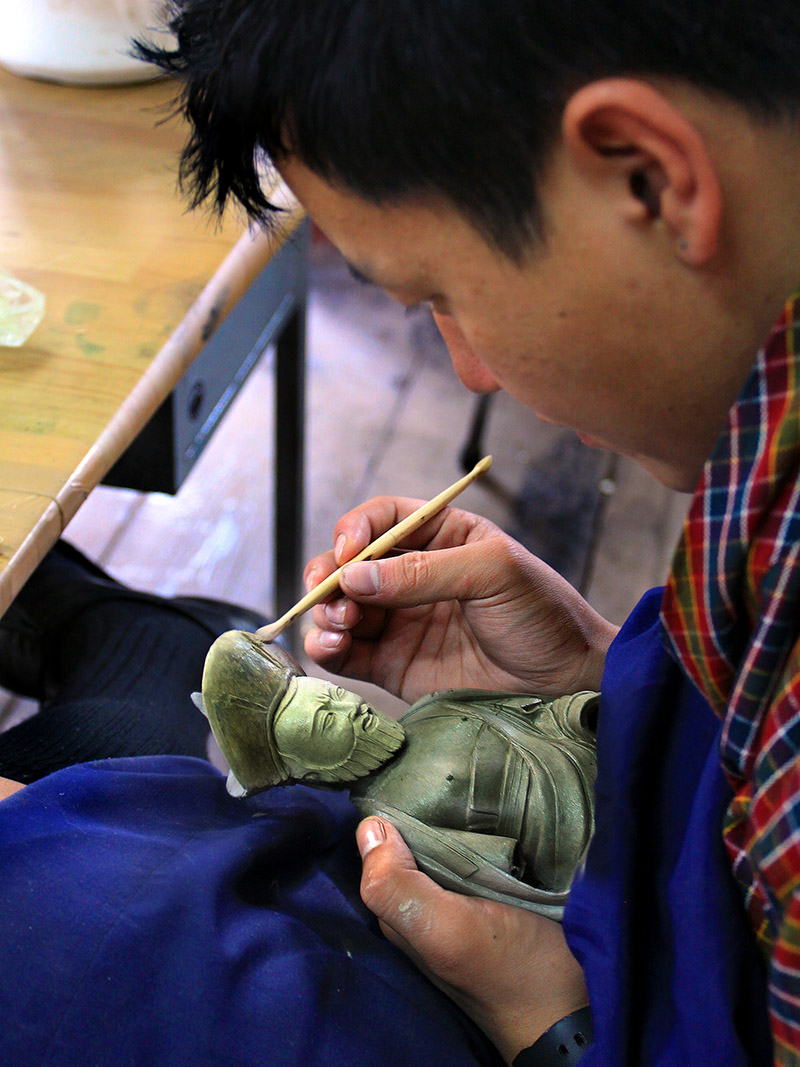 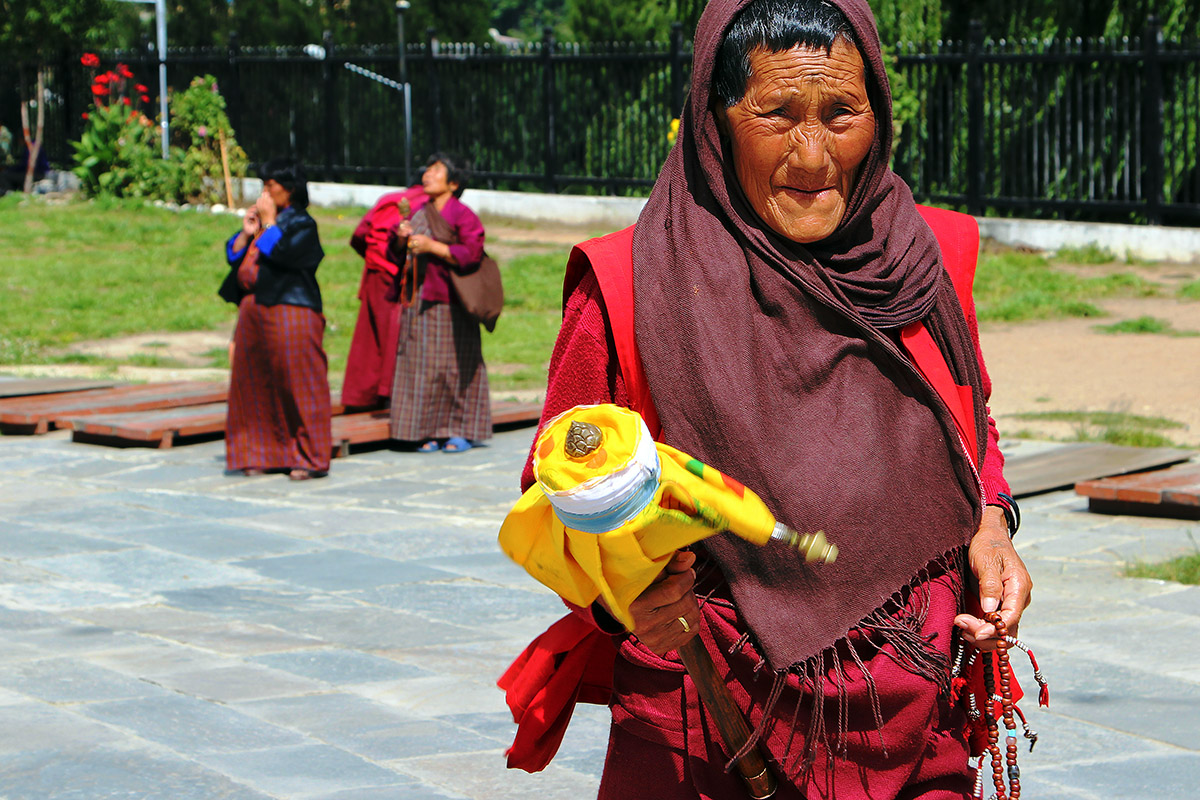 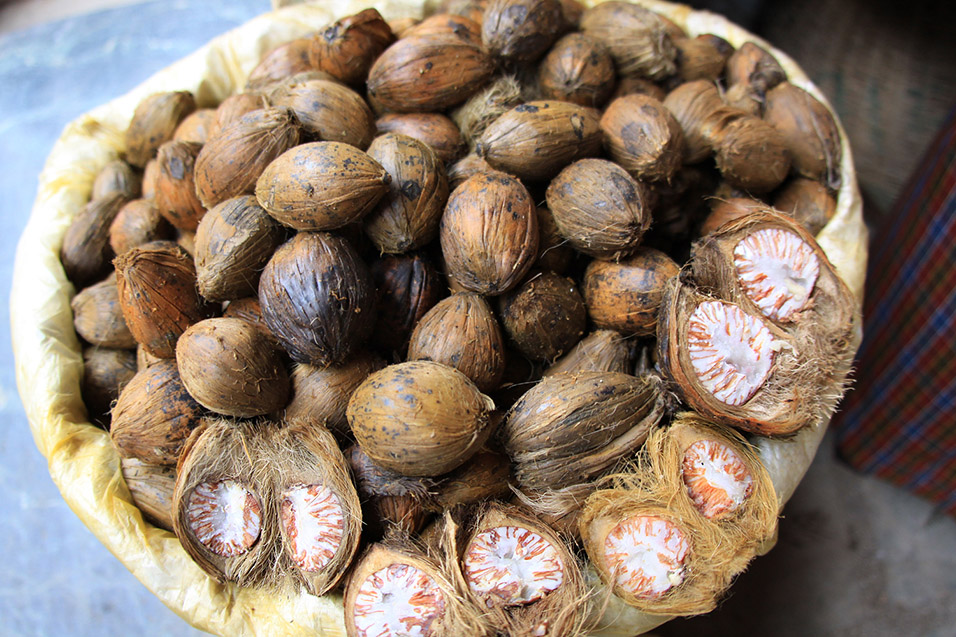 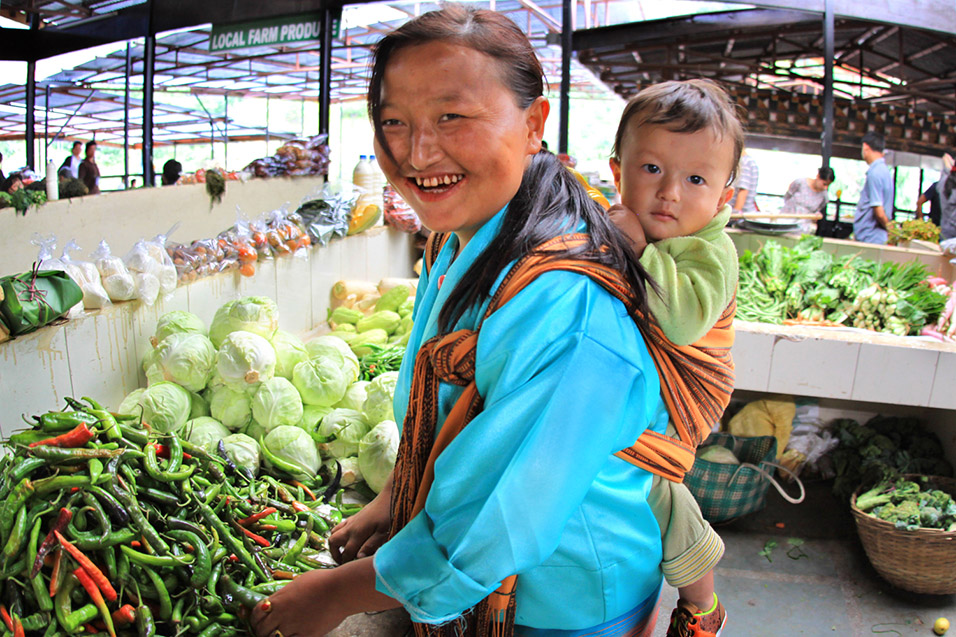 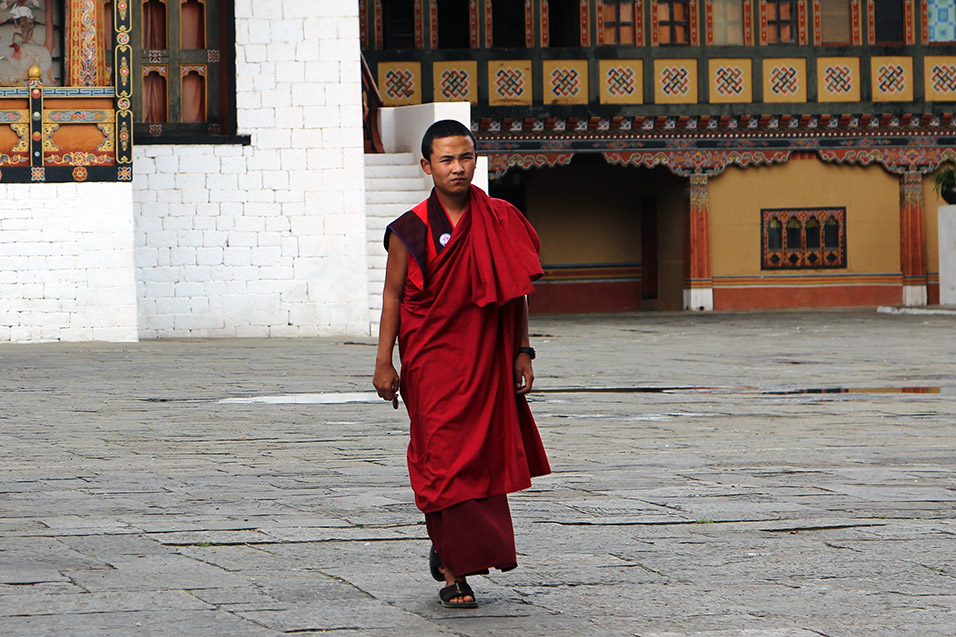 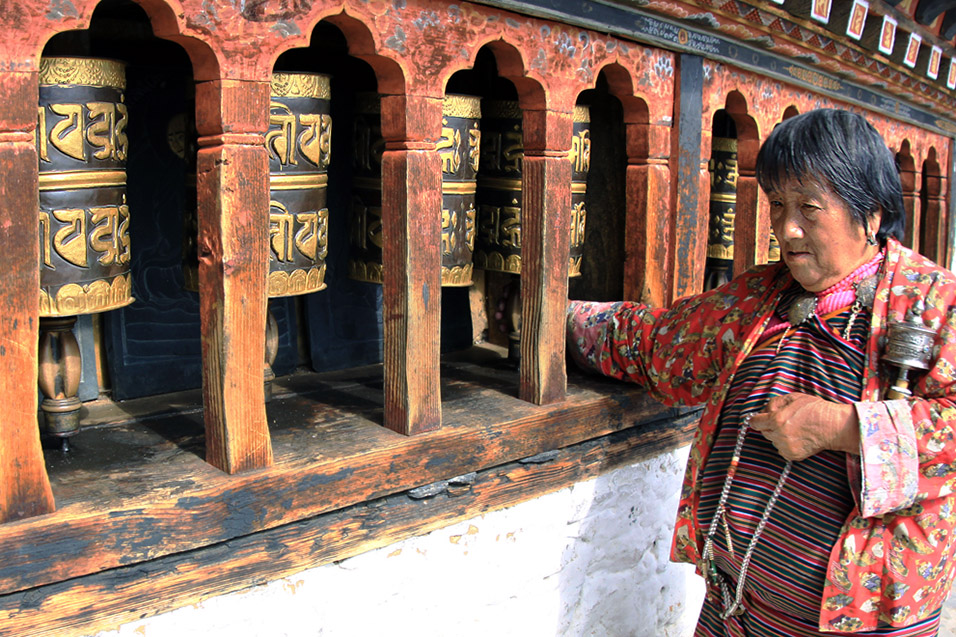 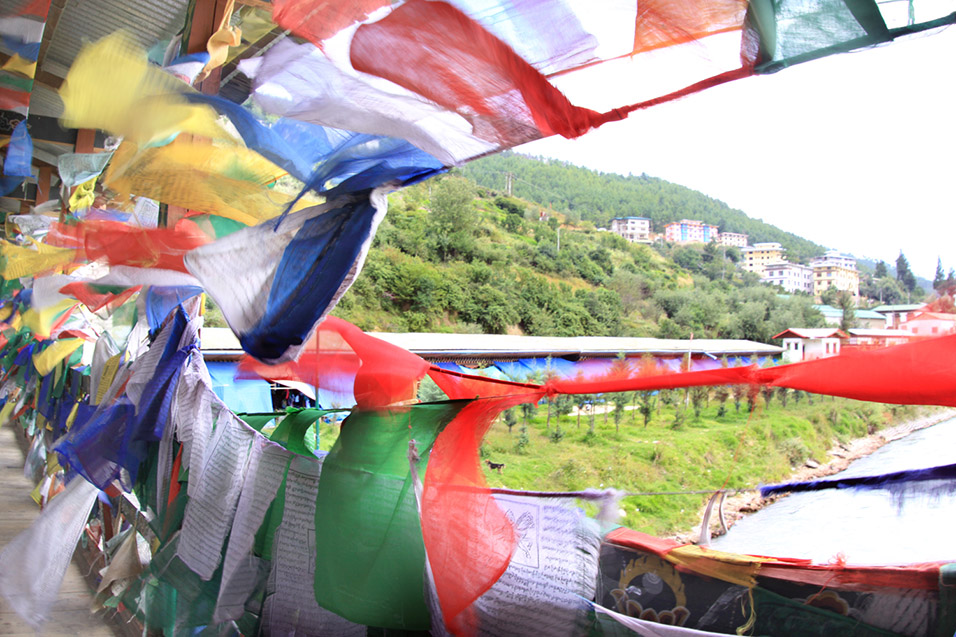 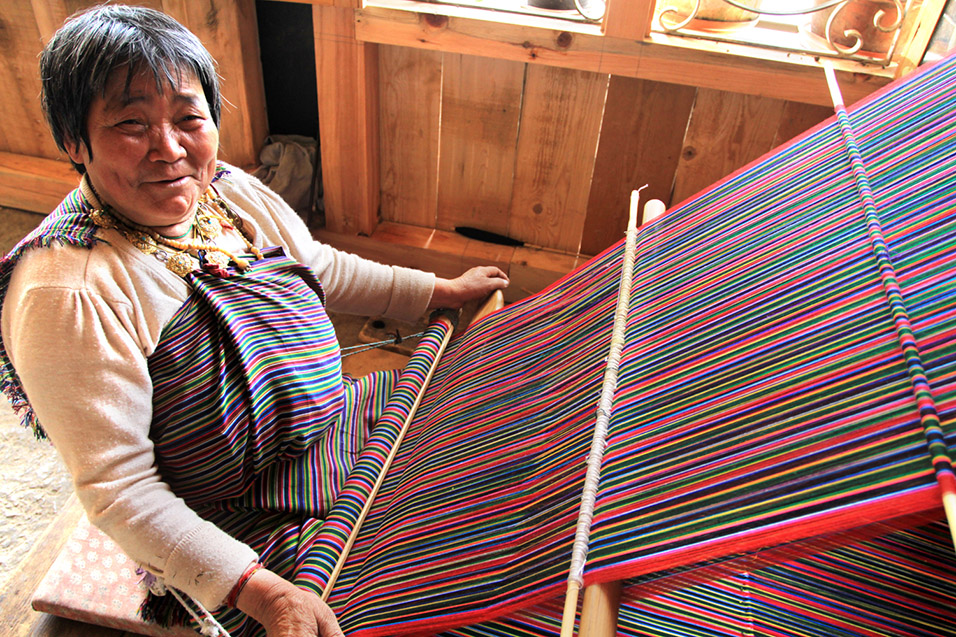 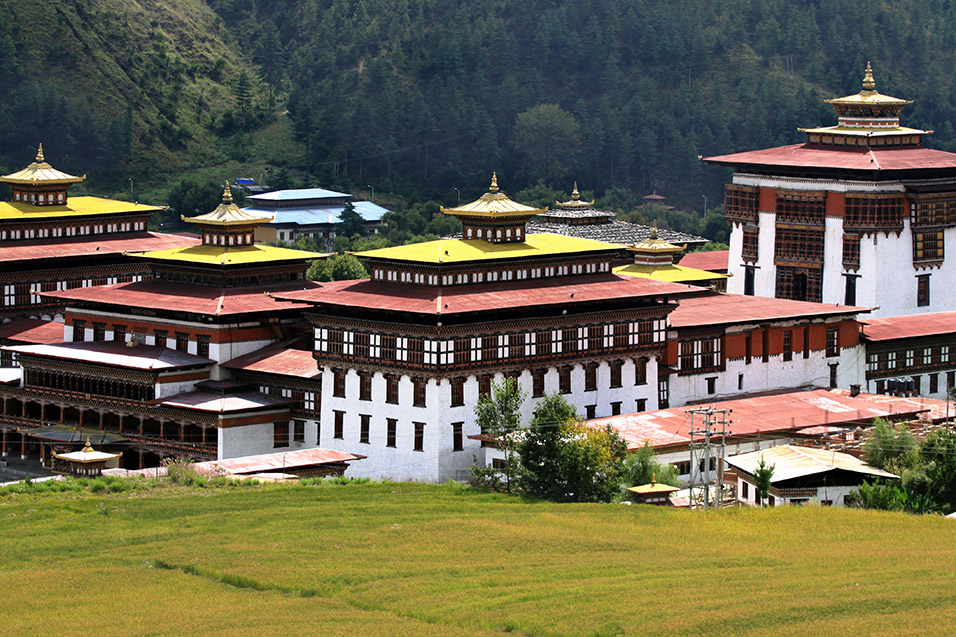 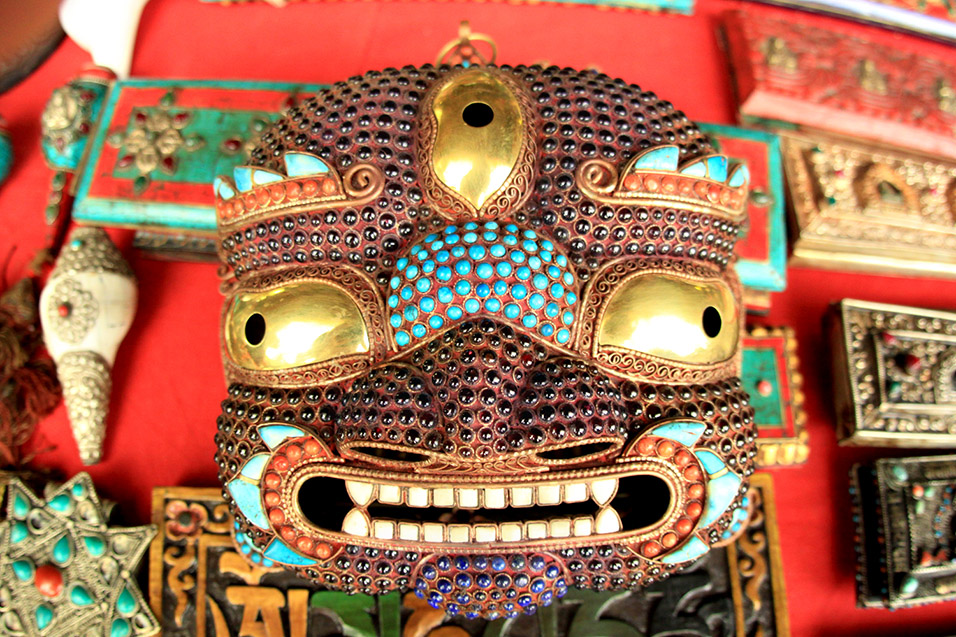 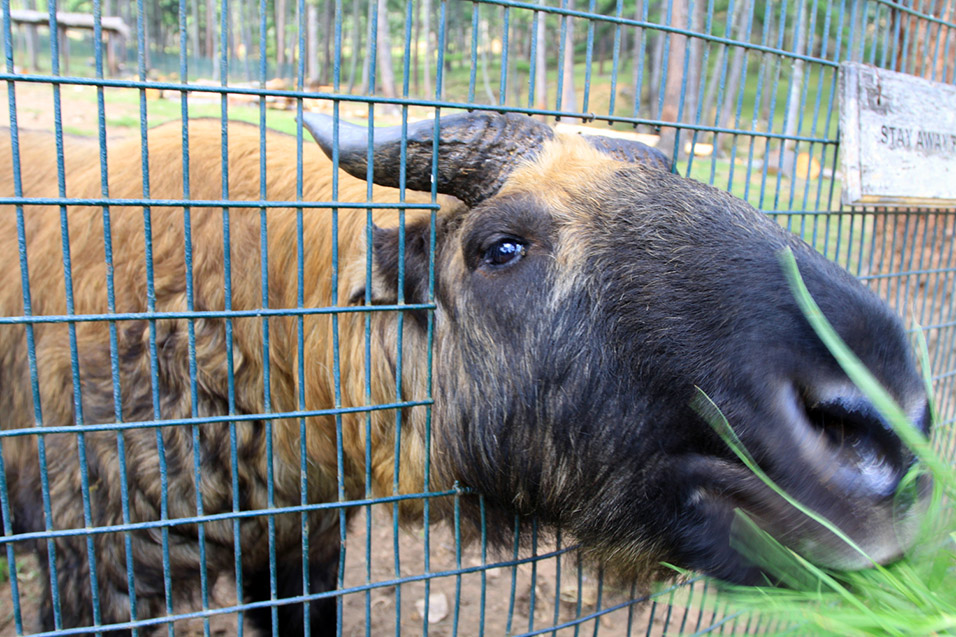 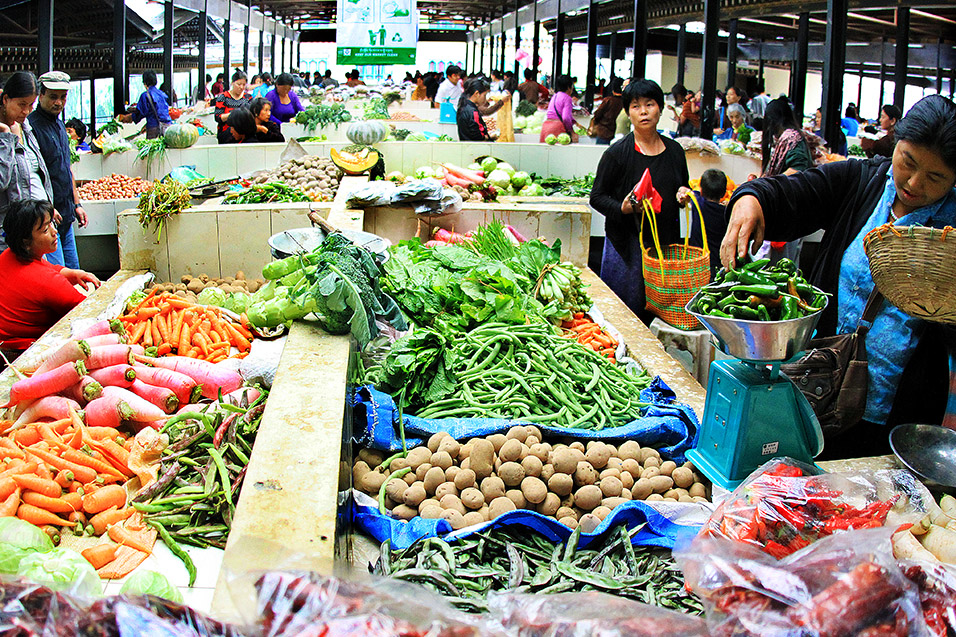 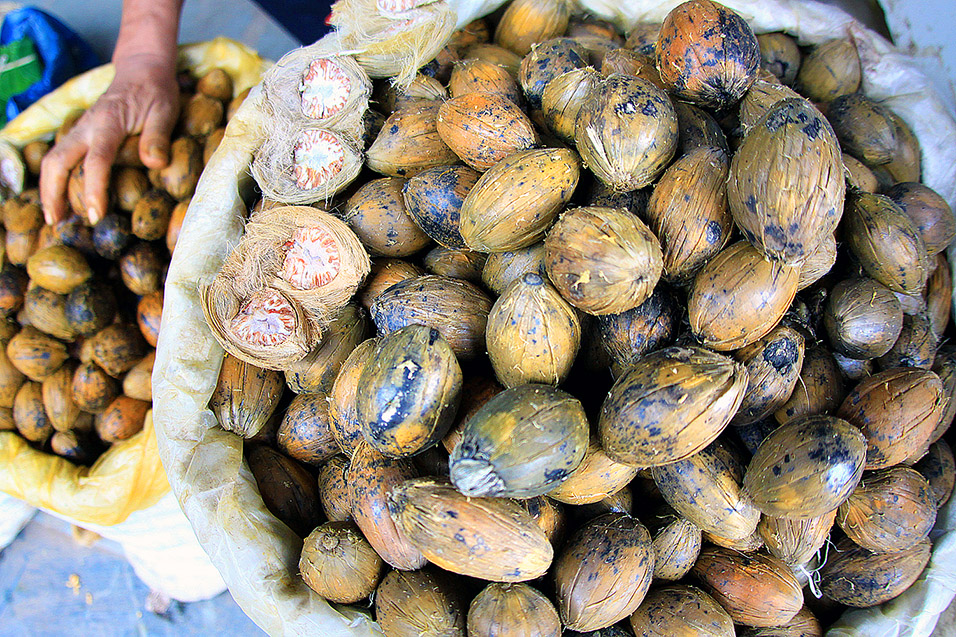 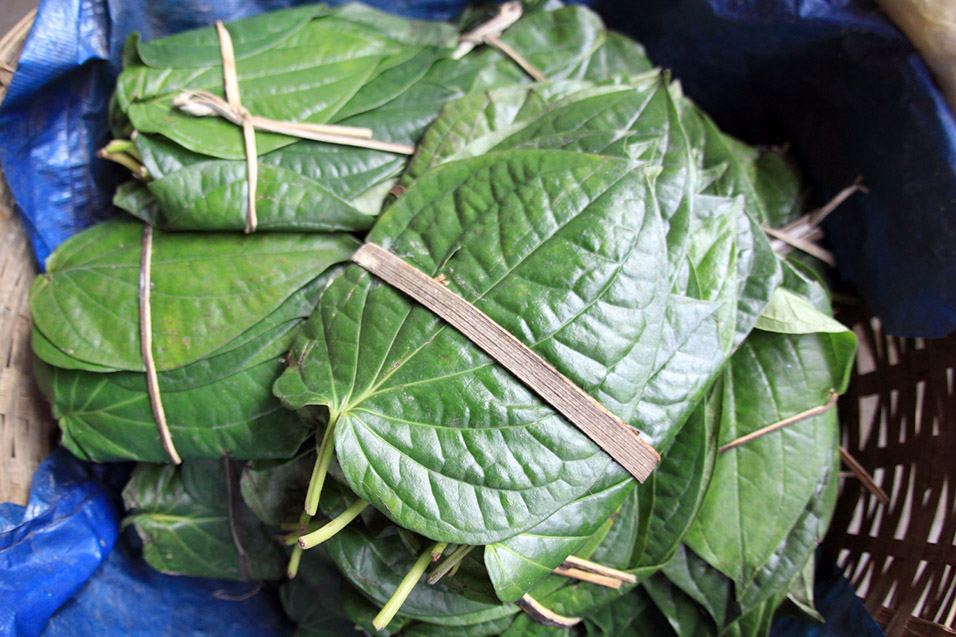 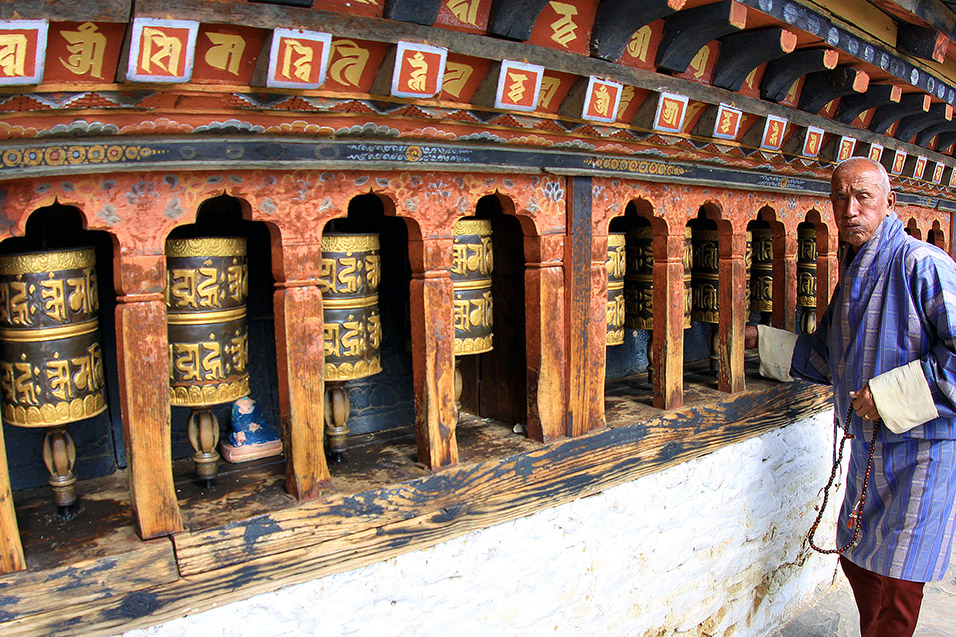 Upon arrival in Paro, you are met and transferred to Thimphu (1hr). After lunch, visit sights in Thimphu as per available time and interest. You may visit traditional Art School (also known as painting School), Zilukha nunnery, Changangkha temple and great Tashicho Dzong etc.
Overnight in Thimphu, Hotel Druk

Full day tour of Thimphu's cultural sites and monuments starting with visit to Memorial Chorten, followed by drive till the giant Buddha statue (Dodenma) on the hill. Visit Folk Heritage Museum, Traditional Hospital, Takin sanctuary, colorful weekend market and others as per available time and your interests.
Overnight in Thimphu, Hotel Druk

Return drive to Paro. Upon arriving atop Dochula pass, view the peaks and begin our 2-3 hour ridge top walk to Lungchuzekha Goenpa with picnic lunch, and quite possibly further to Trashigang Gompa. The trail is through rich vegetation of moss laden birch, hemlock and rhododendrons trees. The monastery has been recently repaired and the views from here on a clear day are astounding; with almost all of Bhutan's great peaks seen from here. Follow the trail down to the road head above Hongtsho village and drive to Paro.
Overnight in Paro, Tenzinling Resort

Today we have full day in Paro valley. Visit Dungtse Lhakhang, National Museum followed by Paro Rinpung Dzong and Kichu Lhakhang temple.
Later take a short walk in valley and meet with Local people/visit their home etc. Evening is free to stroll on your own.
Overnight in Paro, Uma Resort

Transfer to the trail head and hike to famous Takstang Monastery.
Upon return, drive short distance to the north and visit the ruins of Drukgyel Dzong.
Overnight in Paro, Uma Resort

Transfer to the airport in time for your departure flight.

We flew four pleasant Drukair segments in late September and early October, 2012. The route was from Bangkok BKK to Paro PBH, via Dhakka DAC. Though the entire fly time was only three hours (excluding ground layover of one hour) the coach fare was expensive ($800/pax) being peak tourist season. Interestingly, J class was only a tad more, so we opted for the front of the plane with a greater chance for a window seat on the left side while flying into Paro. However, we were dismayed to learn that seat assignments, even in business, cannot be made in advance. We were advised to “get to the airport early” if we were adamant about getting our seat of choice.

The Drukair lounge in BKK is shared with many other airlines, but was empty at 6:00am for the 6:50am flight. Boarding was smooth and the plane was nice, seemed fresh. The three jets Drukair flies (A319) are all similar. Business seats were similar to domestic business seats in the US and Europe, however they did serve a great meal on the two hour segment from BKK to DAC including orange tablecloth, apps, shrimp curry, dessert, champagne, beer and wine, as needed. The one hour segment from DAC to PBH had sandwiches (with the tablecloth.)

As for the landing in Paro— let me just say it was the most exceptional landing of my life. The jet just slalomed through pine covered mountains scattered with the occasional Bhutanese dwellings. Left, right, left, right.... We made several sharp turns very close to mountains, then over a river with a bridge covered in prayer flags, and then we landed on one of the "world's most challenging runways." (According to wikipedia.) I clapped. In fact, I had read in the carrier airline not be alarmed by how “close” the captain flew to the mountains, and this was just “standard operating proceedure.” I later learned that only eight pilots are certified to make the landing in a jet and now I understand why. This is a technical landing where pilots are allowed under visual meteorological conditions only and are restricted to daylight hours from sunrise to sunset. (Taken from wikipedia.)

I definitely would put Drukair in the 4-class section for seat comfort, food, service, and professionalism. There were no entertainment options even in in business, but then again, who really wants to watch 2D movies when you are flying into and out of the Himalayas?

Upon departure, we were kindly given access to an old but functional lounge in Paro. Inside we were afforded with superb views of the runway and the pine covered mountains beyond with the chance to a couple Drukair A319s landing and taking off.

Boarding again was easy. You load on to the airplane from the ground and you may take pictures of friends and loved one in front of the plane. There are no uptight photo rules like in many other airports where photos are forbidden. In fact, I was able to video the Drukair landing with no issues from the flight staff. They were aware. See here: http://www.youtube.com/watch?v=WwtLZ3-aPtQ&feature=youtu.be

All in all, a wonderful series of flights on some nice plances with extraordinary pilots.