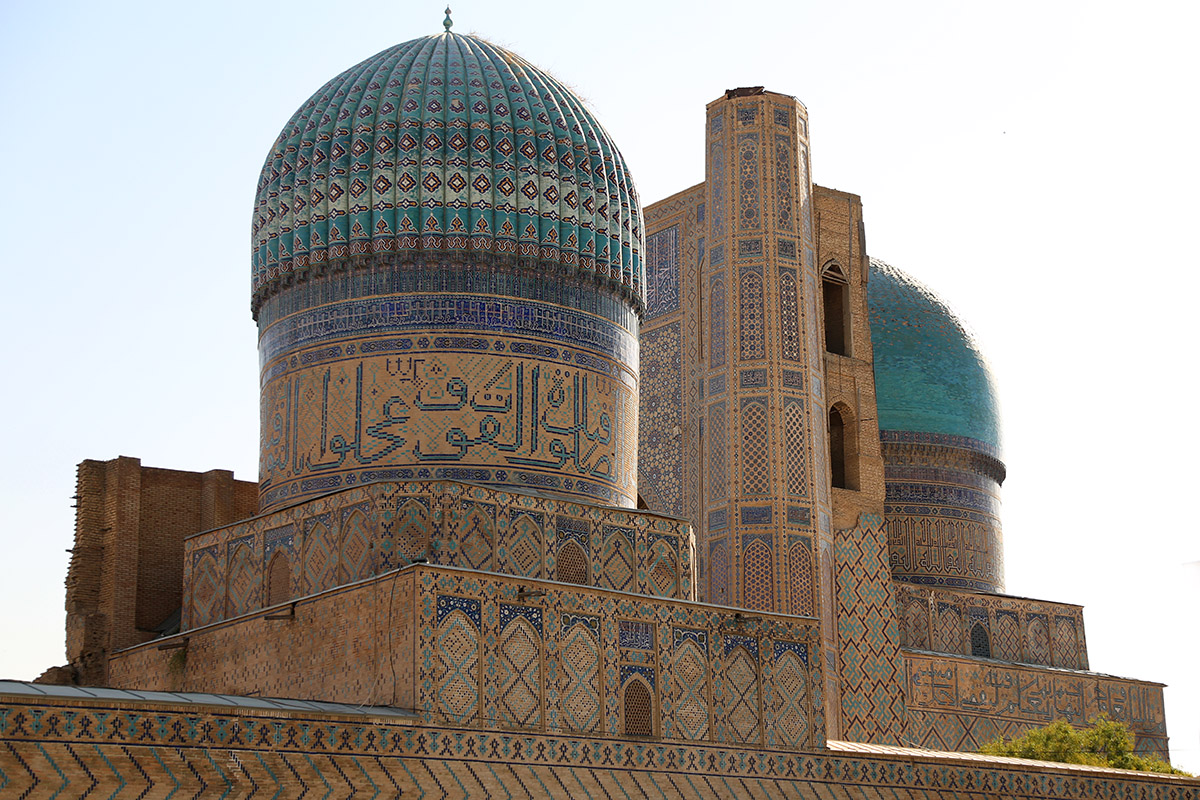 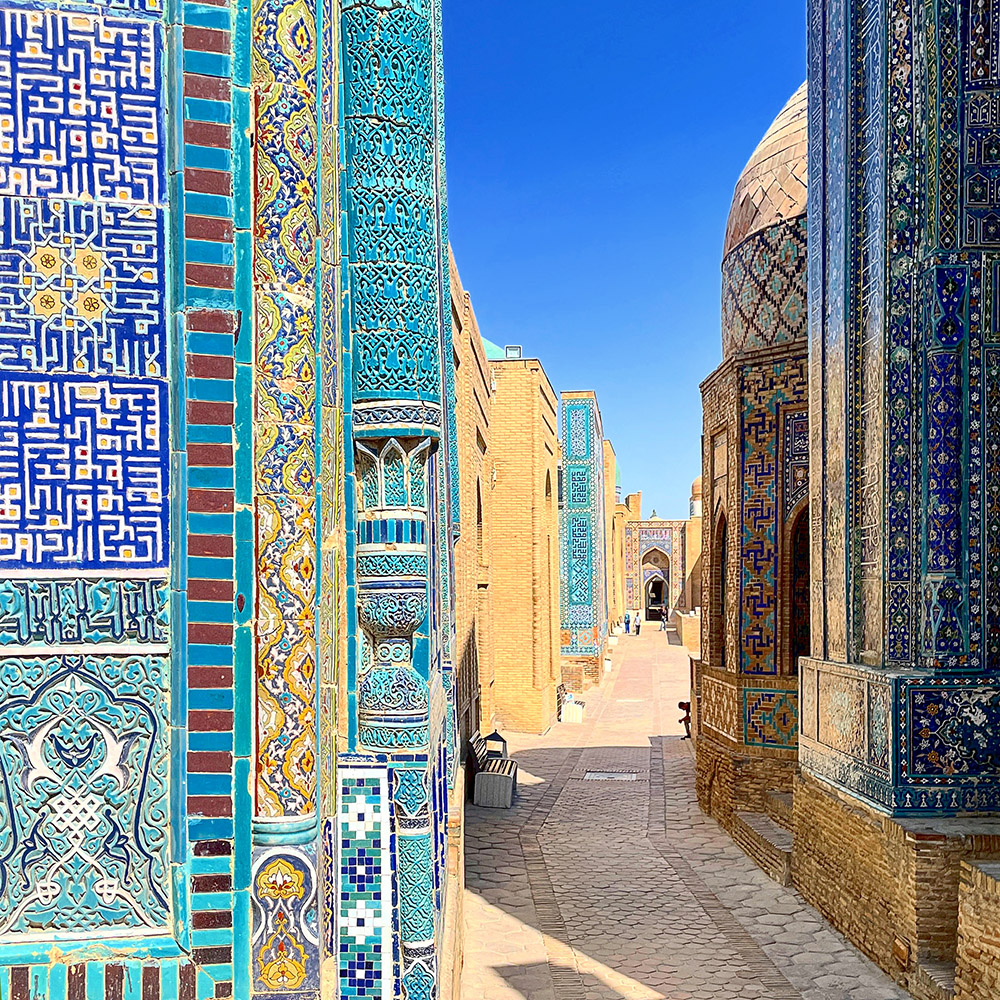 Uzbekistan Airways flight HY 780 departed Bishkek at 6:40pm and arrived to Tashkent at 7:00pm. Driver met us at the airport and took us to Grand Capital Hotel, where we checked into room 403, with a view of the Tashkent Tower

Early morning wake up for Uzbekistan Airways flight HY 51, which departed Tashkent at 7:25am and arrived to Urgench at 8:55am. Driver met us at the airport and drove us to Khiva, where we toured Khiva for the afternoon.

At 4:05pm we caught Uzbek Railways - Хива to Бухара. We arrived to Bukhara a bit after 12:15am, where we checked into Bibikhanym Hotel, with the room overlooking the alley.

Our tour of Bukhara continued: visit to Sitorai Mokhi-Khosa – the summer residence of Bukhara’s last emir, unique site combining Oriental and Russian architecture. Continue to the Mausoleum of Bakhouddin Naqshbandi and Chor-Bakr Necropolis. In the evening, we caught Uzbek Railways to Samarkand. We were met at the train station by our driver who took us to the Usman Hotel. We checked into a room on the second floor overlooking the garden.

Samarkand tour in the morning: visit Shakhi-Zinda Necropolis, Afrasiab Museum and the Tomb of Saint Daniel. Then drive to Konigil village to explore traditional way of making Samarkand paper from mulberry. Evening train back to Bishkek, where we check back into the Grand Capital Hotel, room 407.

We catch Turkish Airlines flight TK 371 departing from Tashkent at 2:40am. We land at Istanbul airport at 6:10am