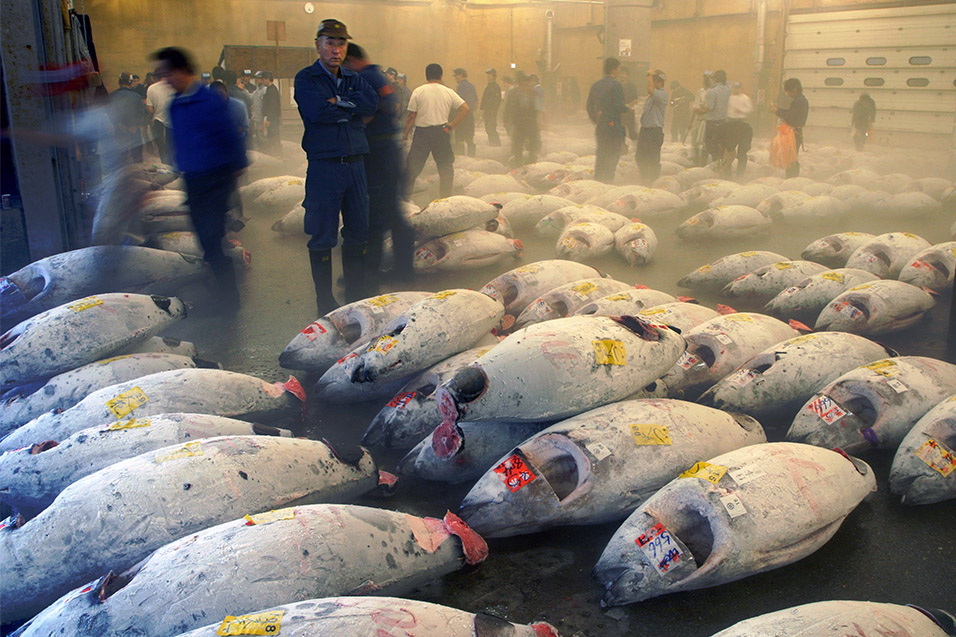 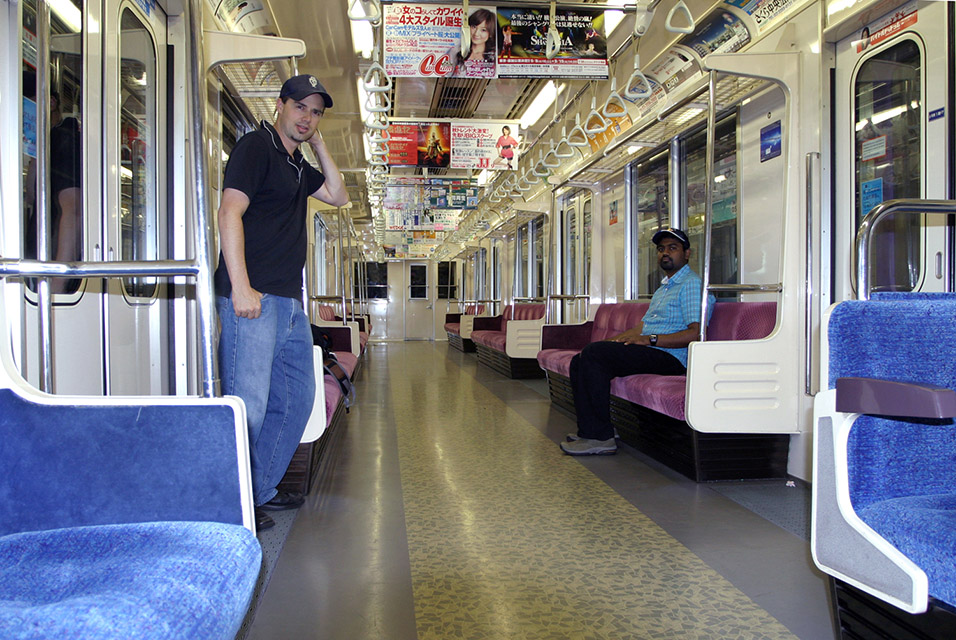 The important aspect of attending the famed Tsukiji tuna auction is getting there early, by 5 AM if possible. In our case, we had to take a connecting subway, with some lag in between, which meant we were there at 5:45 AM. Luckily, the auction was still going on. When we arrived, there were frozen tuna carcasses lying all over the place with eager buyers examining an exposed section of meat near the tail from each fish. Eventually, a man would walk over to each group of tuna, stand on top of a stool and begin the frantic auction (in sort of a singing and dancing Japanese style.) When the bidding was finished, a tagger wrote the buyers name (in Japanese) on a yellow piece of paper. The paper was dipped into water and placed on fish. The wet paper would freeze onto the fish.

On the morning train returning home, I commented that women were all looking extra beautiful this morning. Subash nodded in agreement. What was better, the Japanese business gals were looking at us with nice smiles. As the subway pulled up to the next station, I saw on the window of the subway (written backwards): Women Only.

“Oh shit” I said while grabbing Subash, and out we went. Looking back, we shoulda stayed. Subash was in a good mood for the rest of the day. 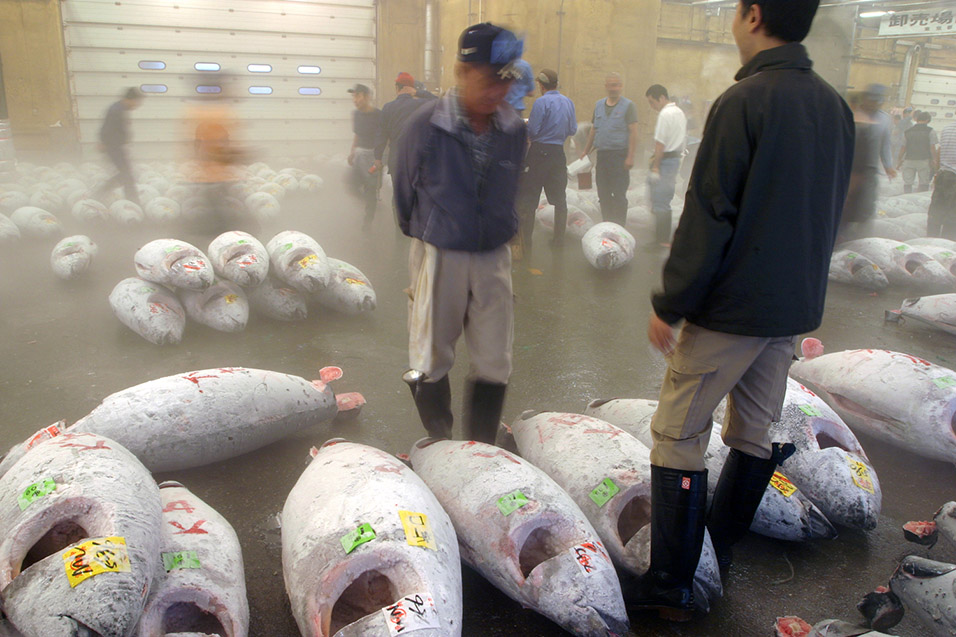 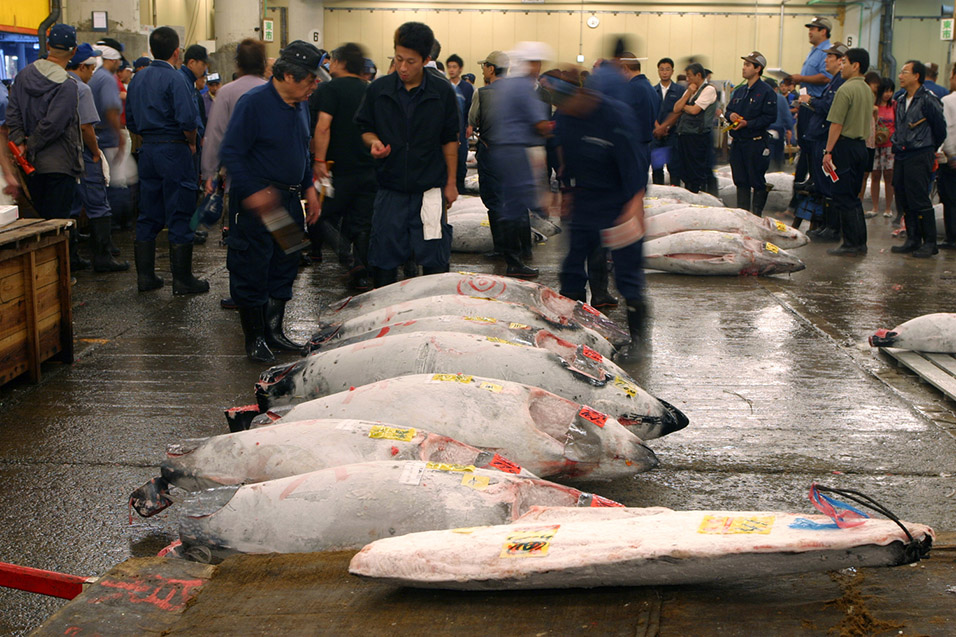 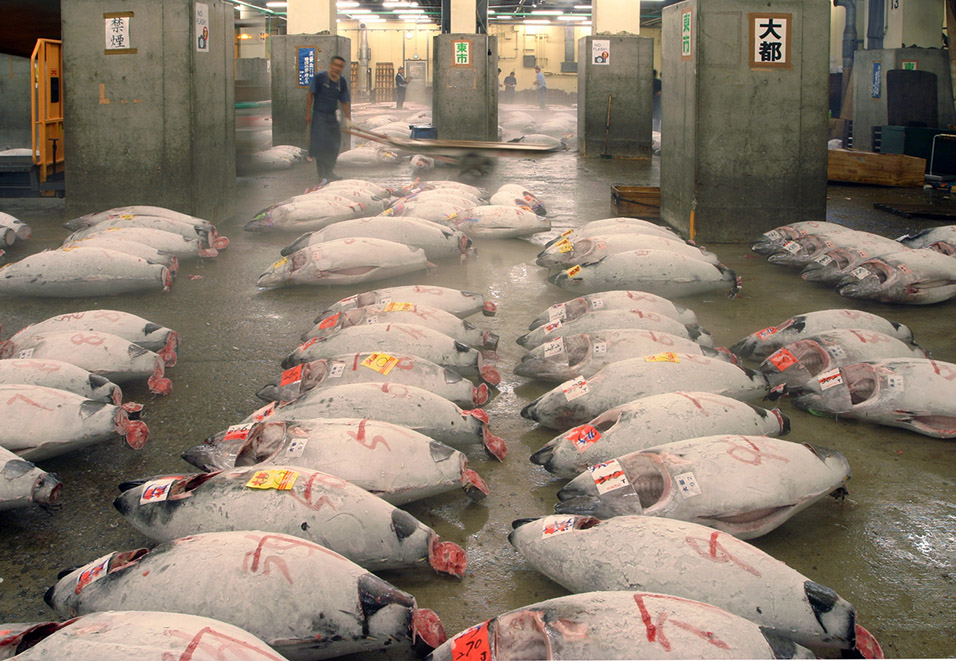