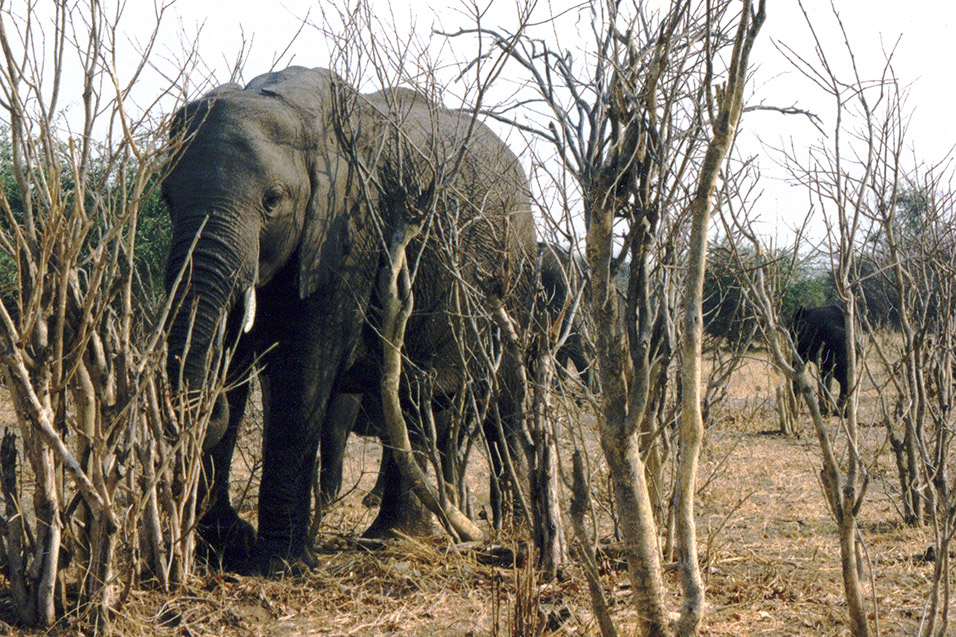 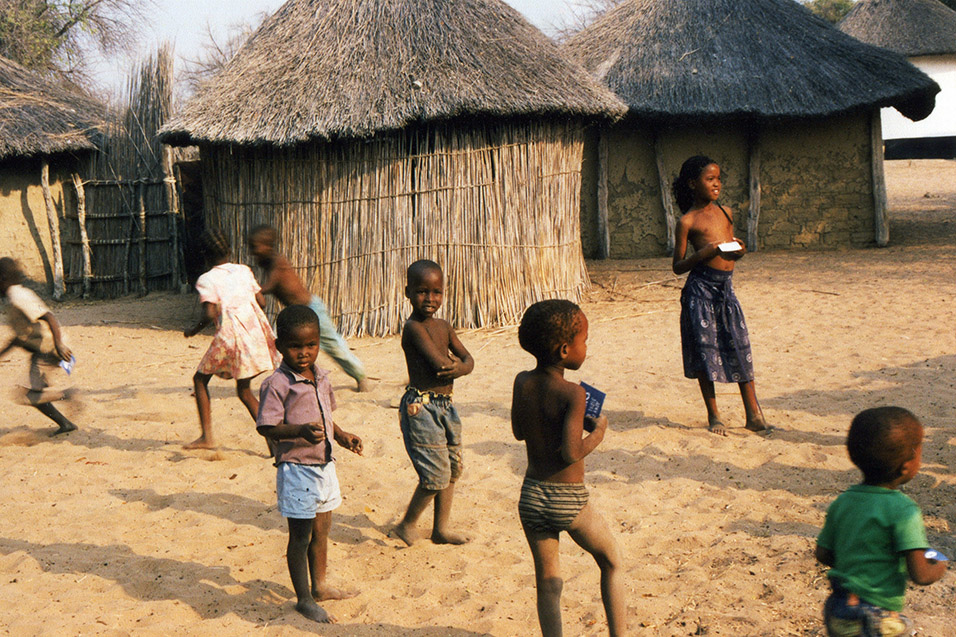 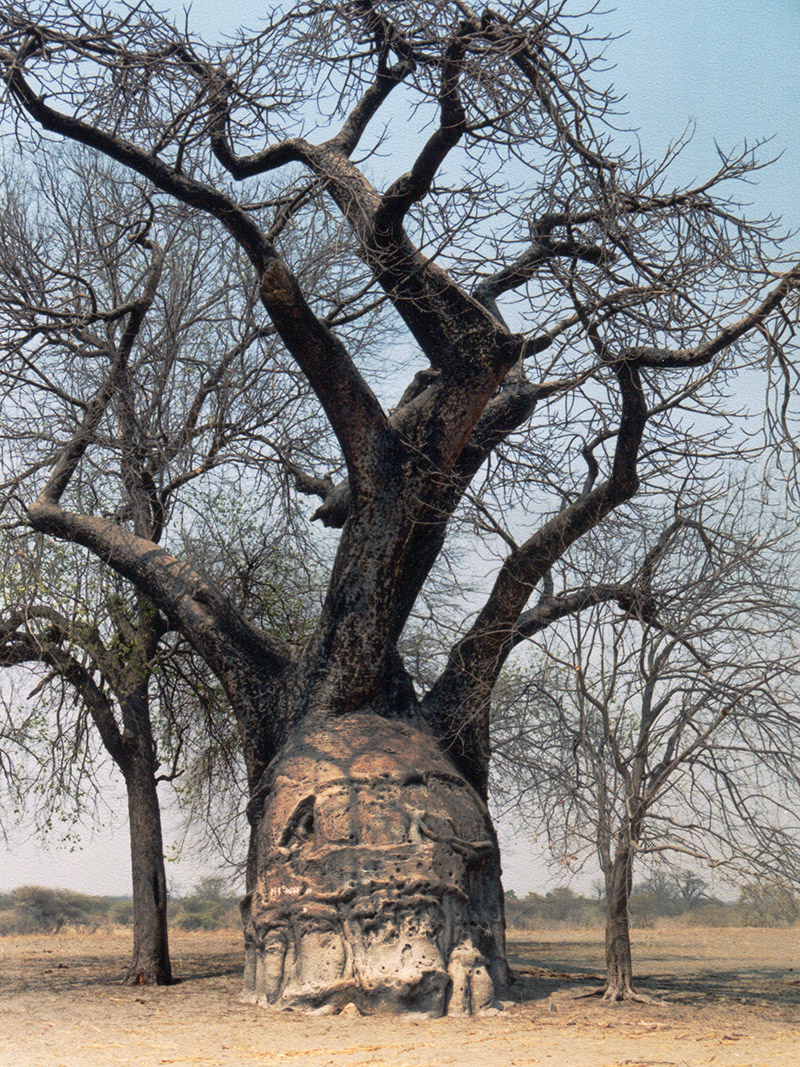 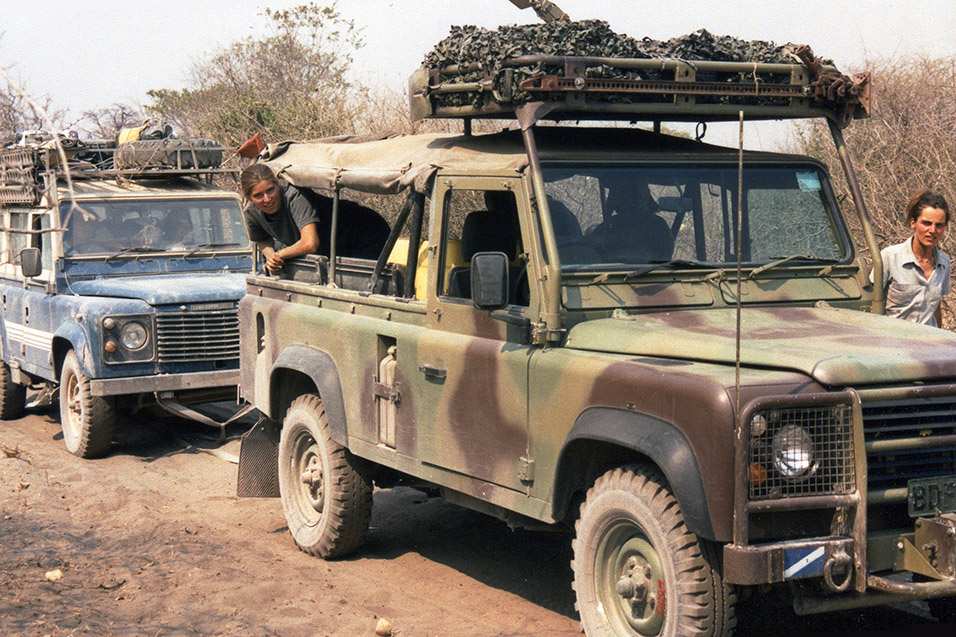 Most of our time in Botswana was spent dealing with breakdowns. In fact, we got stuck in a game park overnight and fell asleep to the sounds of lions roaring, hyenas calling, and antelope hissing. The next morning, the Botswana army found us and towed us to sealed roads. Only problem, even their relatively nice looking car broke down once or twice. 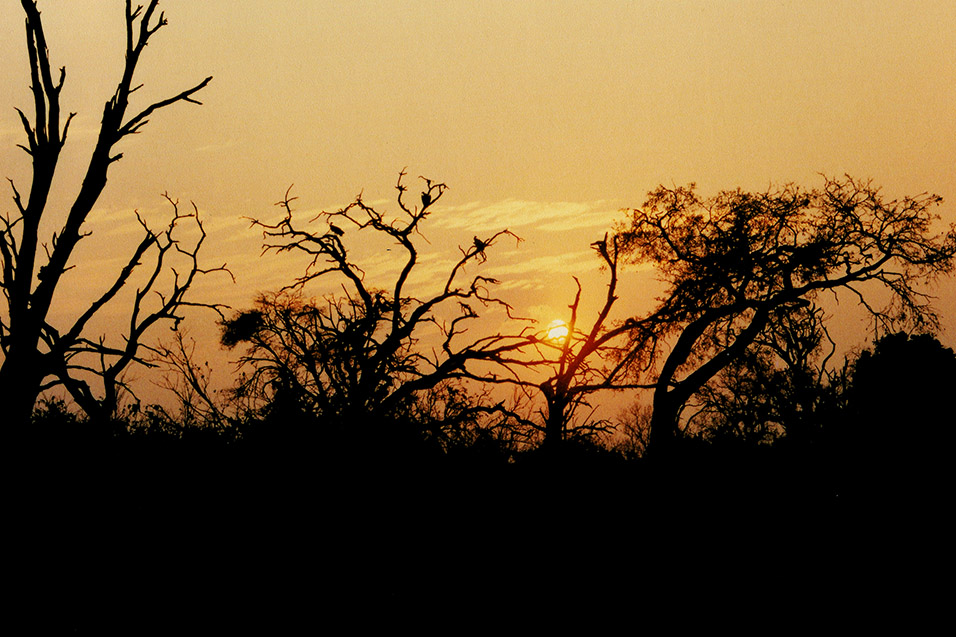 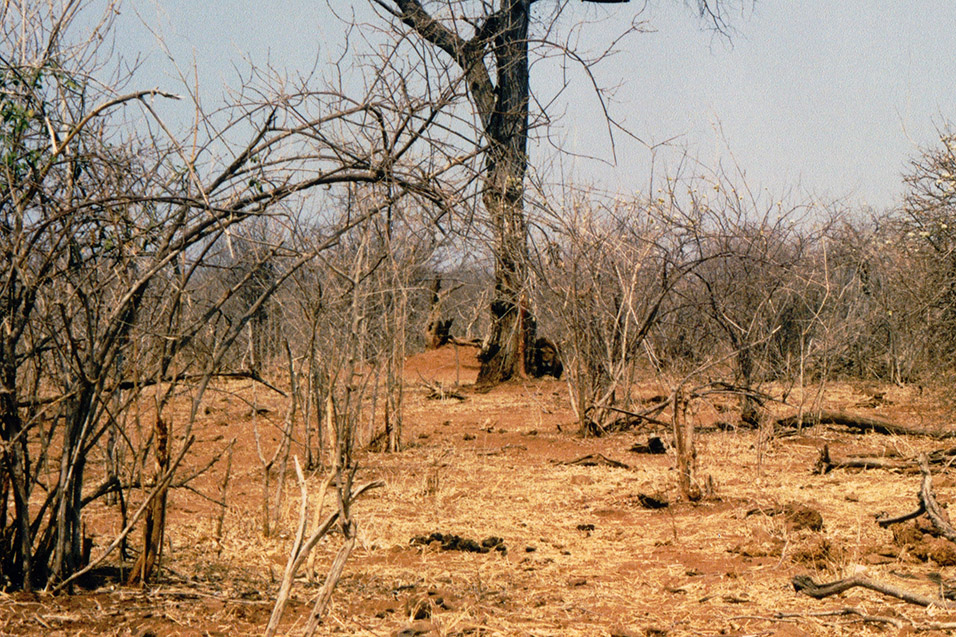 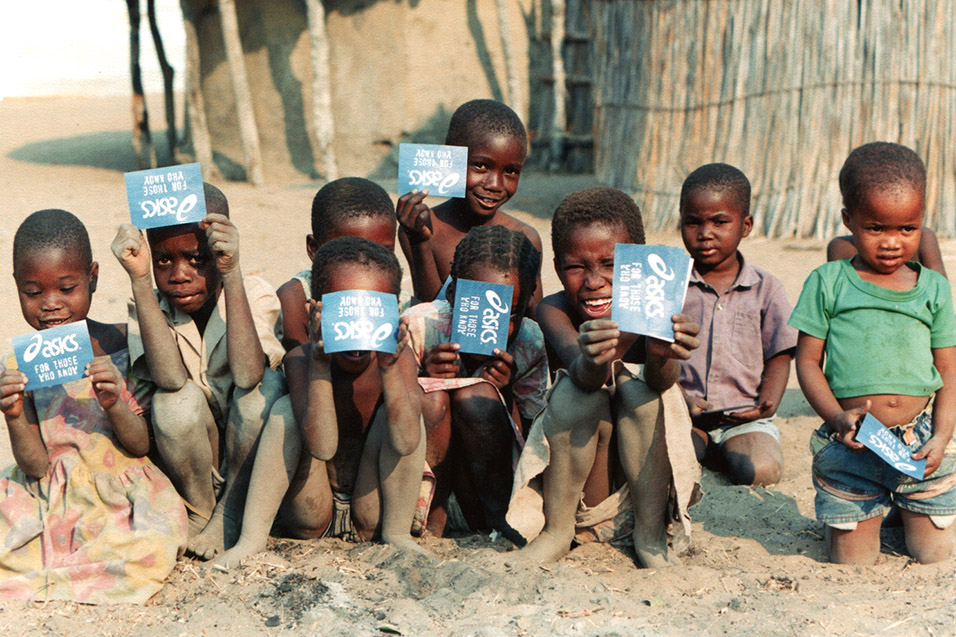 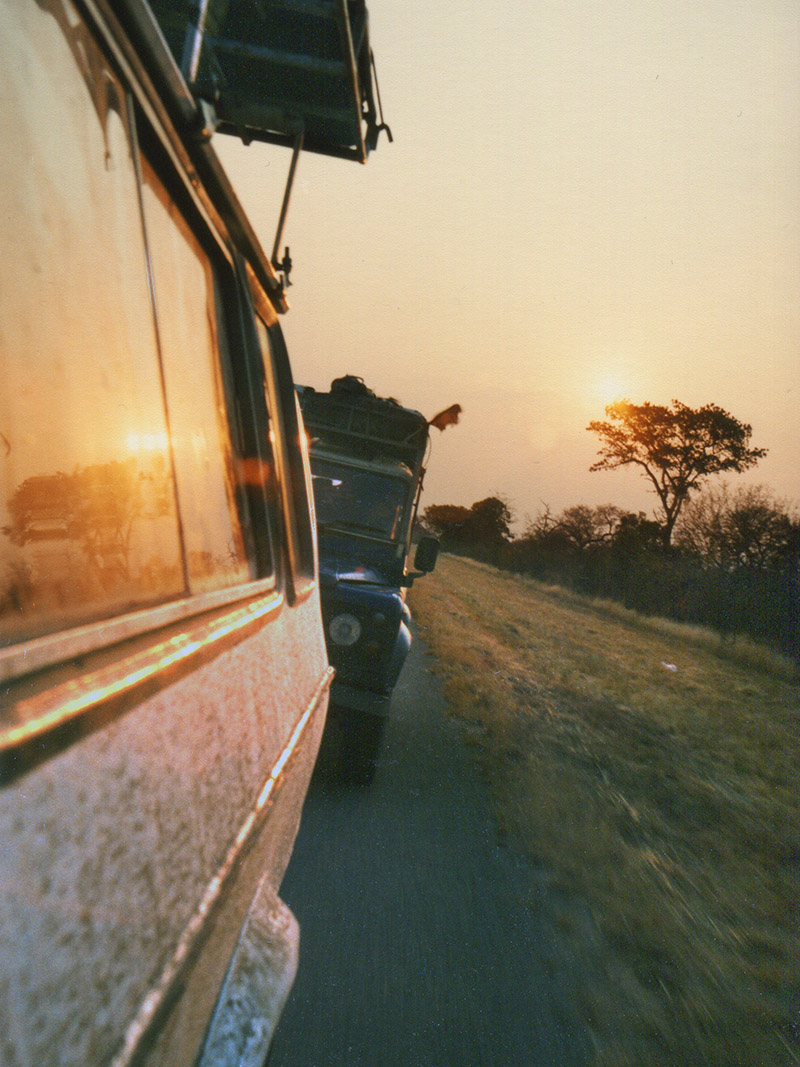 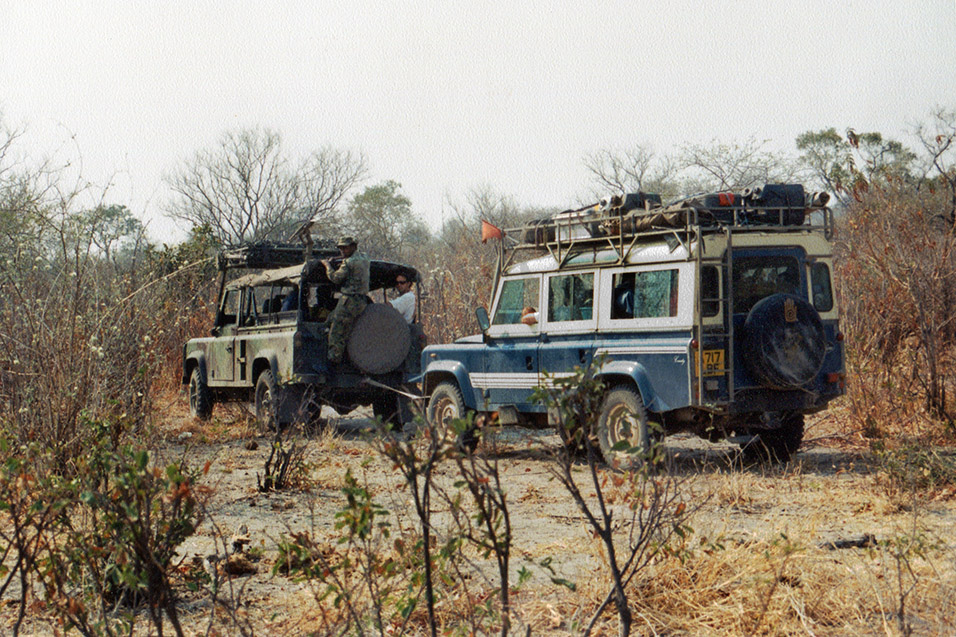 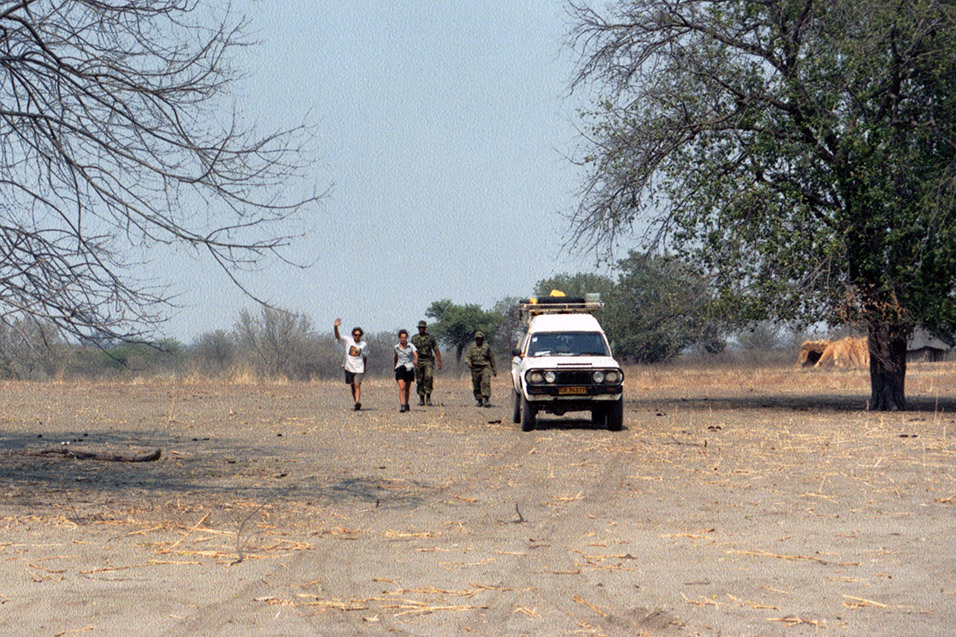 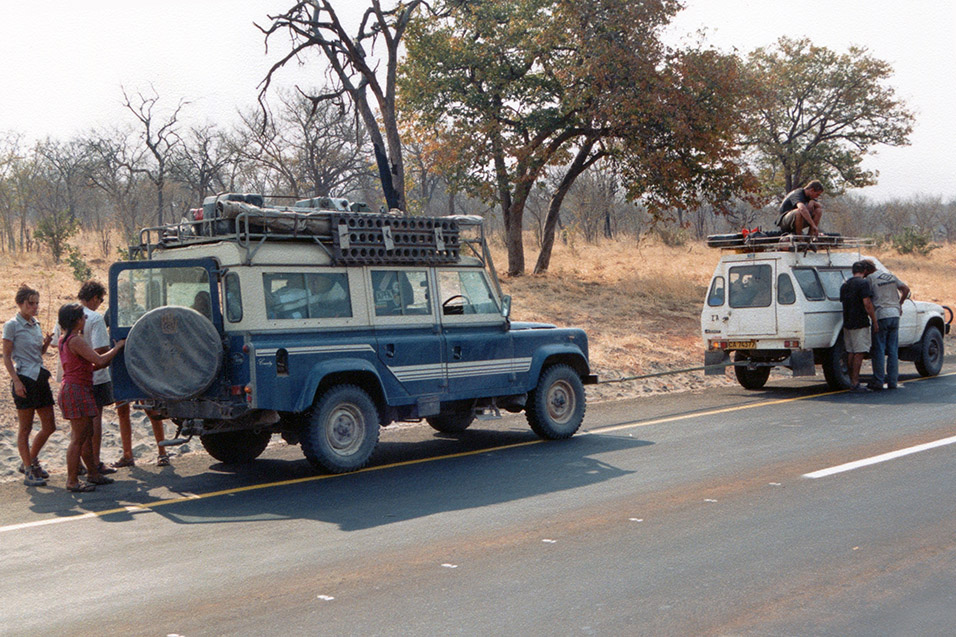 Towing cars back to the repair shop, Botswana — September 8, 1998

Leo’s clutch broke trying pull Breakfast out of a sand bog. So Breakfast, seen above in white, towed Leo from Botswana to the nearest repair shop in Victoria Falls, Zimbabwe. Interestingly, somewhere along the way, Breakfast’s brakes failed; while Breakfast was towing Leo up hill and along flats, Leo would brake for Breakfast as needed, especially down hills or at roundabouts.