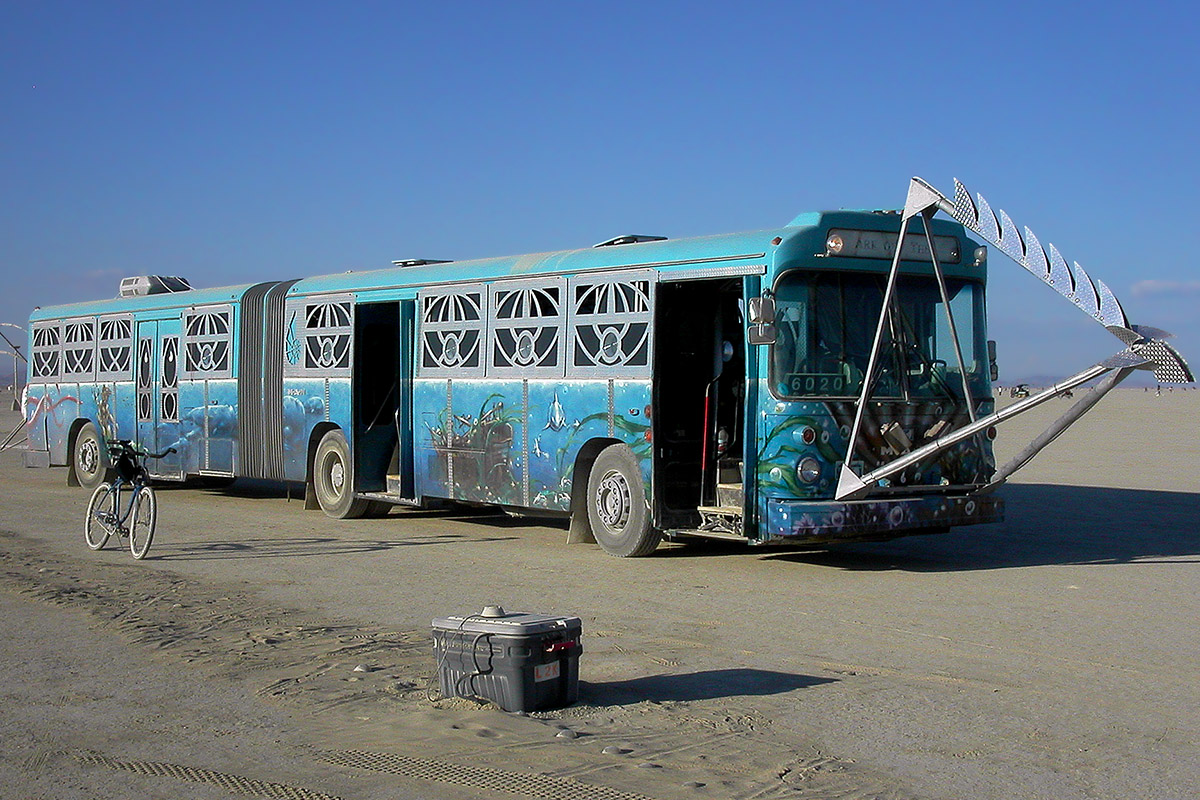 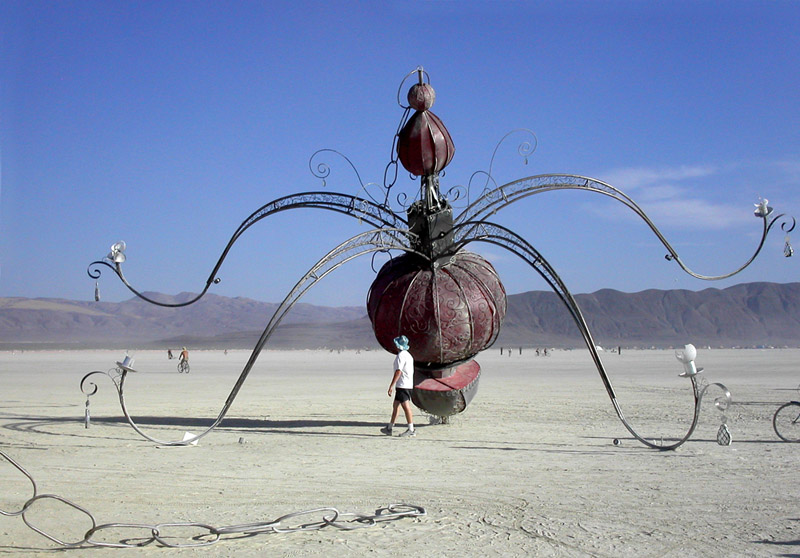 Some say that in every bed a promise is made. At the intersection of myth and reality a deceit was used as a prelude to the passion play. As a consequence, a gigantic chandelier from the goddess’s bordello fell through the ballroom floor and crashed into the playa just outside Black Rock City’s streets...and of course, it is larger than life. www.cleavageinspace.com 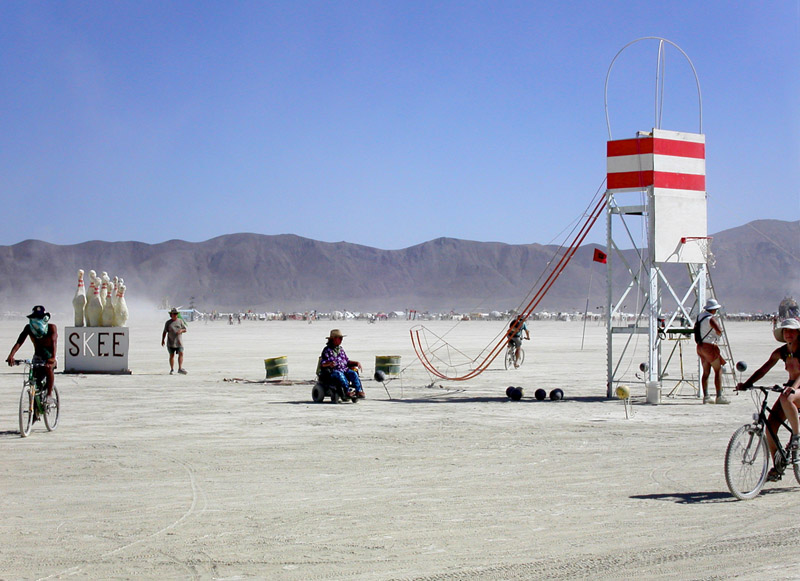 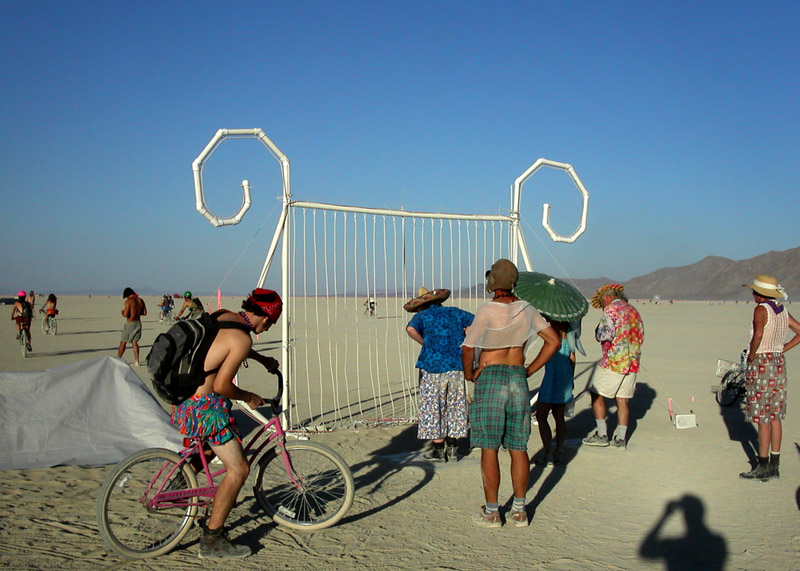 Dancing Under the Stars of Lyra

The myth of Orpheus comes to life as his lyre, long ago placed in the heavens as the constellation Lyra, comes back to earth to create beautiful music. The 24 strings of this 10-foot high lyre are rope-lights which are controlled independently by the notes of the music. Surrounding the lyre are 4 dance pads, on which people will dance to interactively control and generate the music being played. 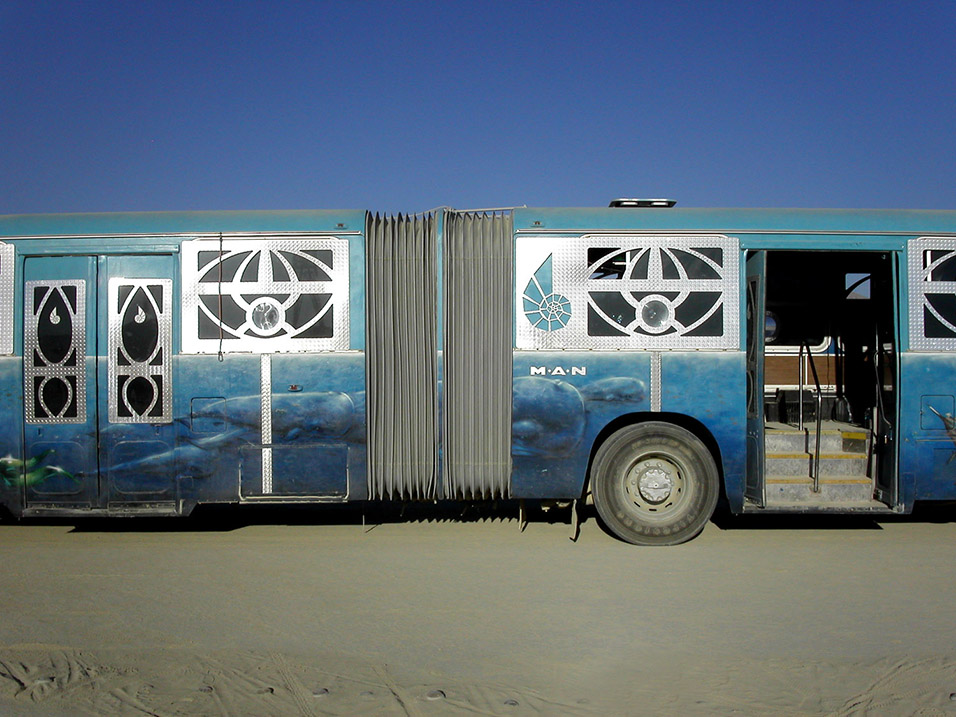 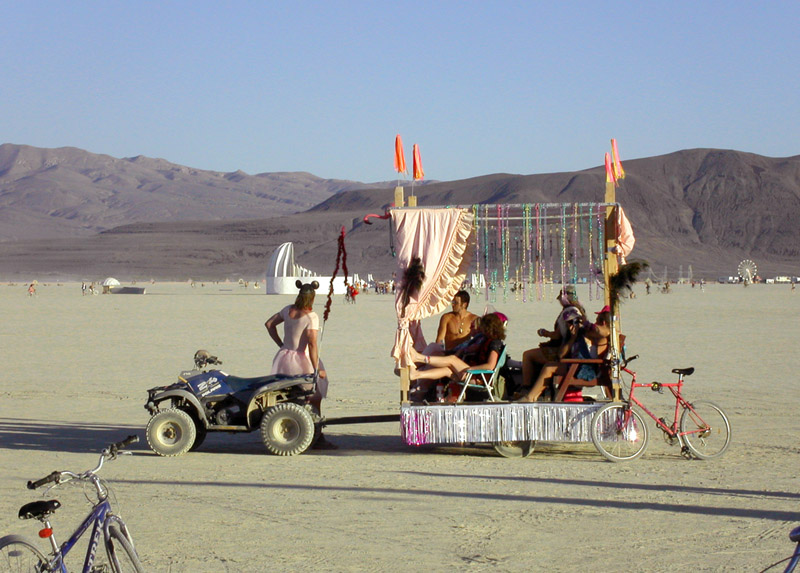 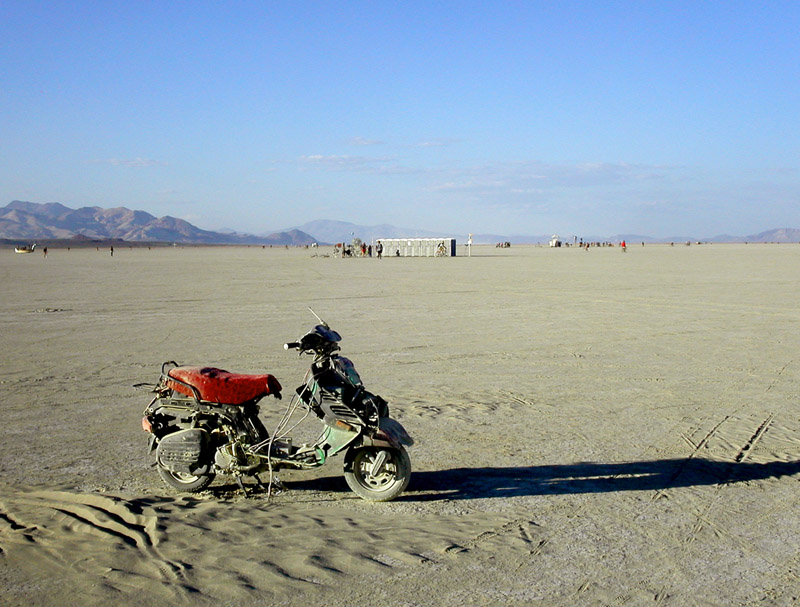 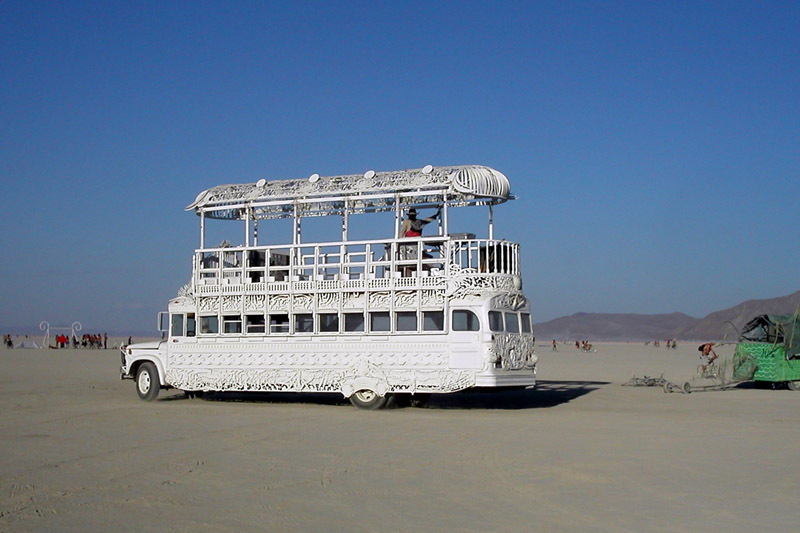 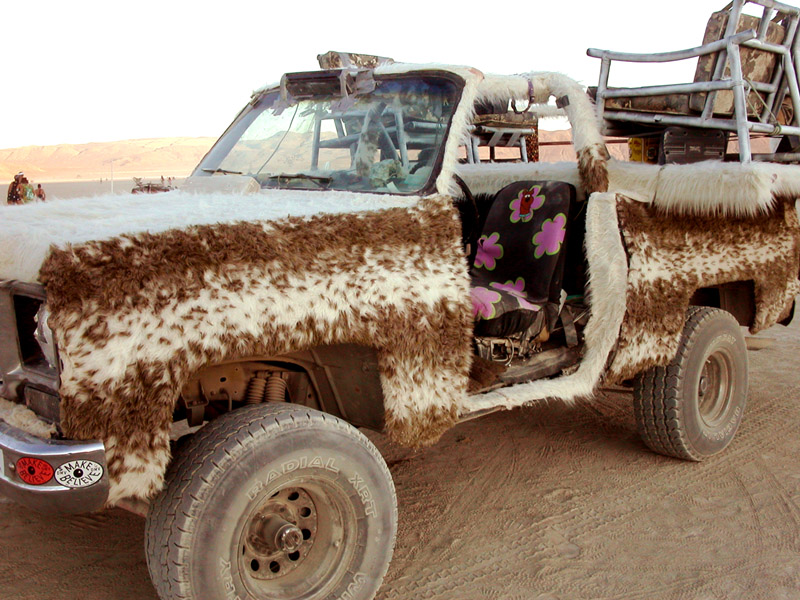 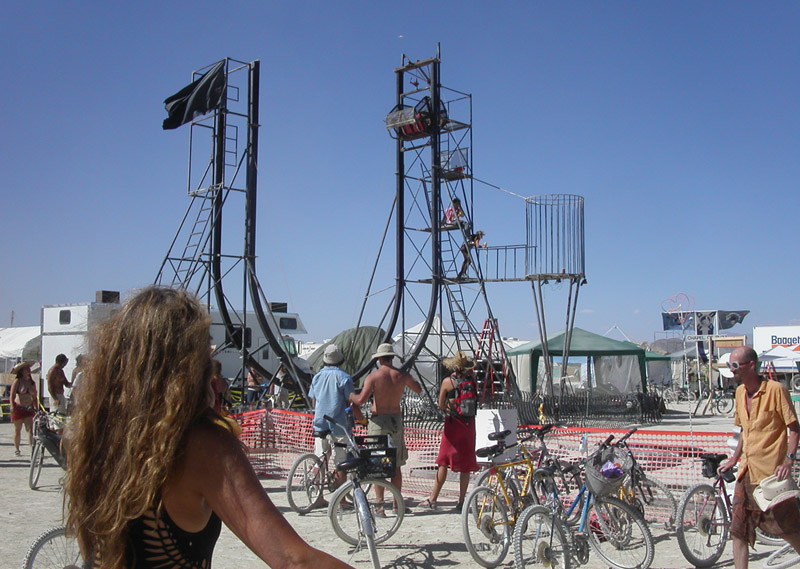 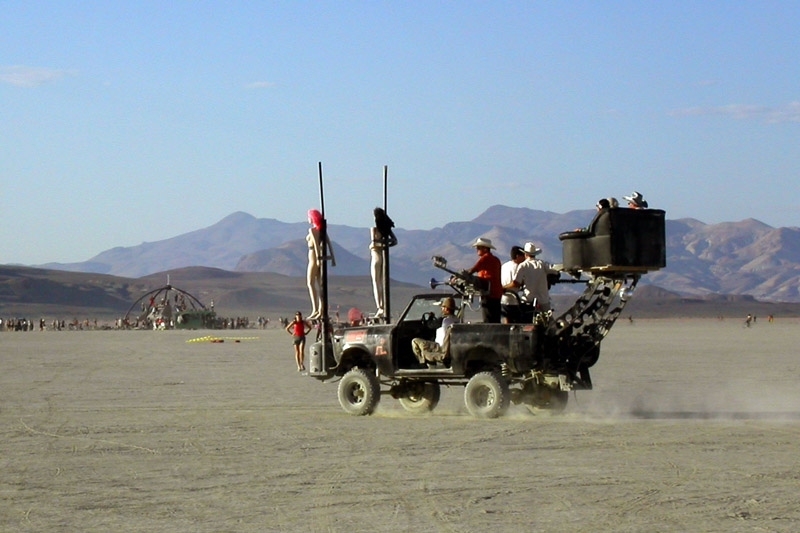